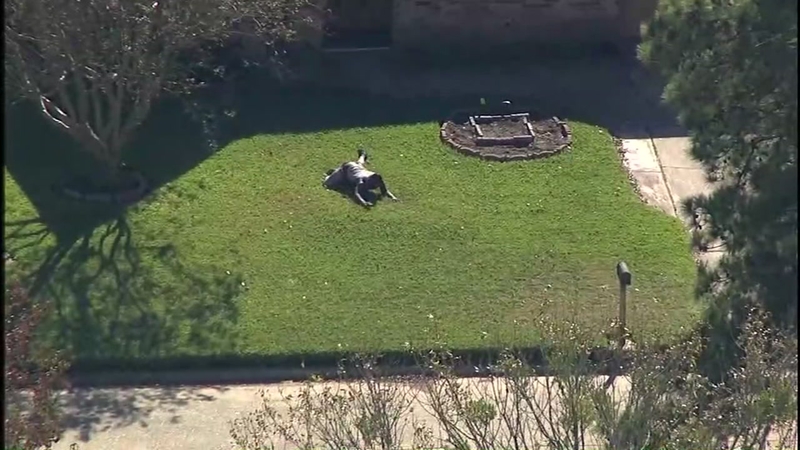 HOUSTON, Texas (KTRK) -- Precinct 3 deputy constables surrounded a home in northeast Houston where a man believed to have an AK-47 was holed up inside. After more than 90 minutes, the man surrendered on the front lawn.

According to construction workers we spoke to on camera, a man in a truck pulled up to them, pointed a rifle and yelled racial slurs.

They jumped into their truck and drove off, but they said the man with the rifle followed them.

The workers stopped on Tidwell and Beltway 8 to flag down officers who were assisting with a vehicle accident.

They told ABC13 that the officers took off and went after the man.

The high risk operations unit (HROU) arrived on the scene in the 8700 block of Deep Valley Drive. The man briefly appeared once as if he was going to give up, but retreated from the front door and returned into the house.

About an hour and 45 minutes after the standoff began, the man came out of the house and slowly crawled across the lawn, occasionally raising his hands in the air.

According to Sheldon Independent School District, Cravens ECA and Monahan Elementary were placed on lockdown at 11:50 a.m. as a precautionary method while officers investigate the situation nearby. That lockdown has since been lifted.

"Everyone at these campuses are safe and secure," the district tweeted.