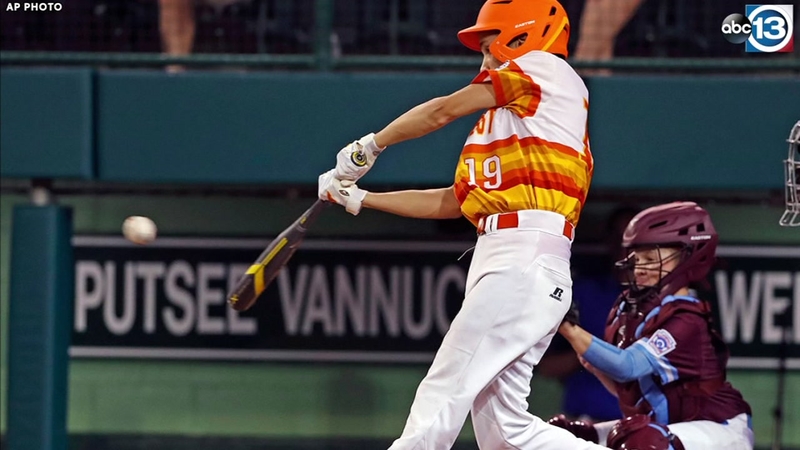 WILLIAMSPORT, Pennsylvania (KTRK) -- With the Post Oak Little League players wearing the orange rainbow on the field, you wouldn't know whether you were looking at pre-teen sluggers or the Houston Astros they aspire to be.

In the third inning, Ryan Selvaggi hit an RBI triple to bring home Ethan Goldstein, tying the game at 1-1.

In the same inning, Selvaggi scored a couple of pitches later on a pass ball to give Post Oak the lead, 2-1.

The Post Oak Little League team sported jerseys that were reminiscent of the Astros rainbow jerseys.