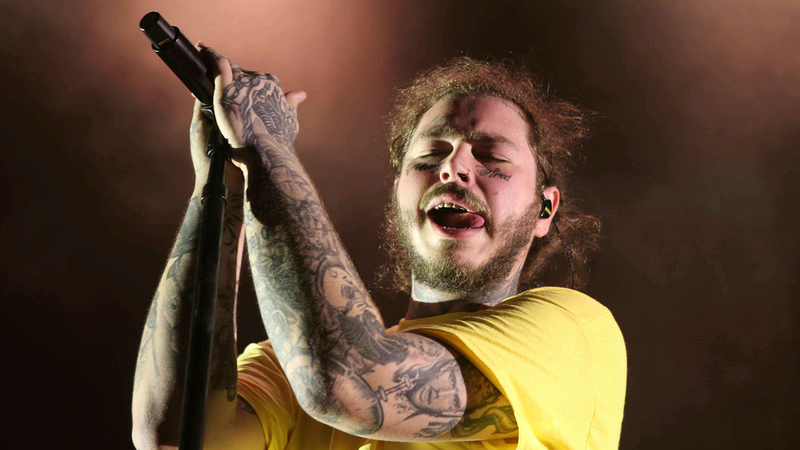 Party with Cardi B, Post Malone and DJ Khalid on a cruise

HOUSTON, Texas (KTRK) -- If you are planning to attend Post Malone's show in Houston, you now have some new music to catch up on.

The rapper dropped his third album, "Hollywood's Bleeding," on Friday just two months before he performs at Toyota Center.

Tickets are still available for the show and can be found on Toyota Center's website.

Some of the featured artists on Malone's new album include rock legend Ozzy Osbourne, Houston's own Travis Scott, Future, Meek Mill and Halsey.

The show is part of Malone's "Runaway Tour." Swae Lee, who is one-half of rap group Rae Sremmurd, and rising rapper Tyla Yaweh were tapped as supporting acts.

He's also known for other hits, including "White Iverson" and "Sunflower," which features tour mate Lee.

Malone, 24, was born in upstate New York, but raised in Grapevine, Texas, in the Dallas-Fort Worth area.