Teen shoved into car trunk outside Popeyes on Tomball Pkwy 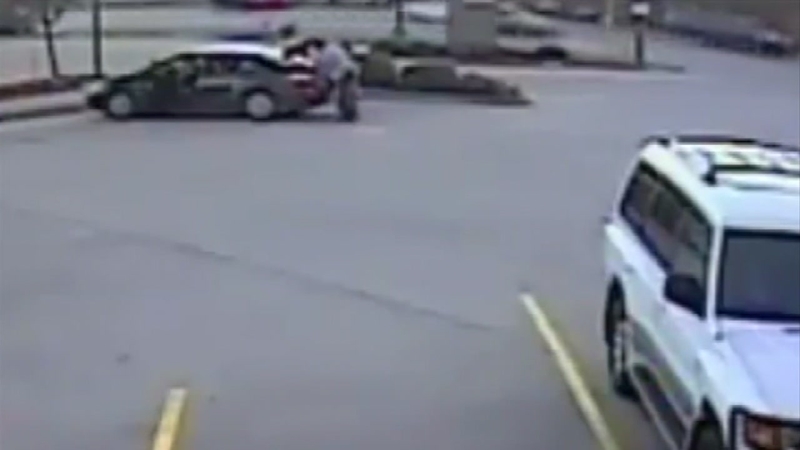 Teen shoved into car trunk outside Popeyes on Tomball Pkwy

HOUSTON, Texas (KTRK) -- The Harris County Sheriff's Office is asking for the public's help identifying two people caught on surveillance video putting a teen into the trunk of a car outside a Tomball-area fast food restaurant.

Danielle Matthews, a manager at the Popeyes on Tomball Parkway near Spring Cypress, said a customer reported seeing a boy jump out of a car in the parking lot.

Two others got out and chased him before they grabbed him and put him in the trunk. The incident happened Monday evening. The restaurant checked their security cameras and then called deputies. The question is was it horseplay or something more sinister?

PHOTOS: Have you seen these teens?


"If they was playing, you should never do anything like that, because you make people think there's something happening when nothing is really happening," Matthews told Eyewitness News. "I hope to God the kid is okay and, to me, you should never put a child in the trunk or anybody at that matter."

There have been no reports of missing teens who fit the description of the one put in the trunk. From the video, it appears he had chances to get away if he really wanted to.

"It's better to be safe than sorry," said Matthews.

The sheriff's office describes the car as a black Toyota Corolla. They are working to identify all the people in the video. They believe they are between 12 and 20 years old. Anyone with information is asked to call the Harris County Sheriff's Office Homicide Unit at 713-274-9100.