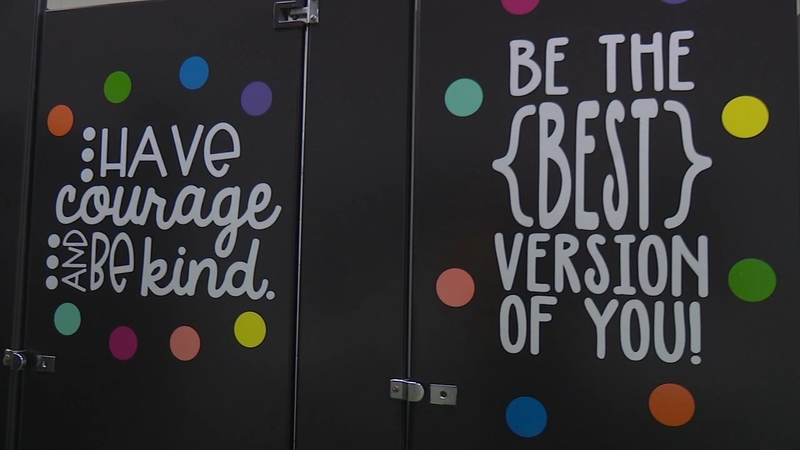 SUSQUEHANNA COUNTY, Pennsylvania -- One school is starting the new year off on a good note, as positive messages now decorate stall doors and mirrors in the girls' bathroom.

"We're really focusing on building positive relationships with our students and our teachers", said Principal Casey Webster. "The teachers came to me with this idea and I think it's just a great idea to support one another and to let the kids really understand and see, visually see that people do care about them."

The teachers acquired the funds for the project from a private grant, reported WNEP. They wanted to show their support and remind the students they aren't alone.

"I think it will make a lot of people feel much better about themselves and maybe just lift up their day," said 8th grade student Libby Zick.

"It's easier to be a better person when you are positive compared to when you're negative. If you're negative you're just going to make other people negative, and they might think you're not as great of a person," said fellow student Sophia Bianchi. "It kind of motivates me to not only be positive but to help other kids, who might not be as positive or might be having a bad day."

"It's just so important that they hear it, they see it, so they know that they can go to somebody. 'Ok this teacher, I know these teachers care about me. I can go and talk to them,'" Principal Webster said.