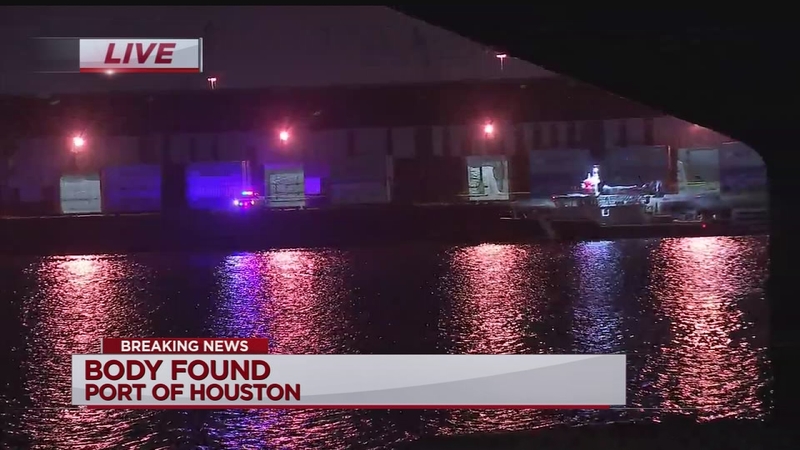 HOUSTON -- Authorities say they've recovered a body at the Port of Houston, and it could be a victim of this week's torrential flooding.

The U.S. Coast Guard says a tug boat spotted the body Thursday evening on City Dock 29, and Houston police were called to pull it out.

Authorities haven't yet positively identified the body, but they say the victim matches the description of an elderly man who went missing when during Tuesday's torrential rains. Jack Alert, his wife Shirley, daughter -- along with a fourth man in his 50's -- were being rescued by firefighters in the 2900 block of Braeswood when their boat capsized. A second group of firefighters swooped in and saved the two firefighters, along with the elderly couple's daughter. But Jack and Shirley Alter and the man were swept away by flood waters. On Tuesday, Shirley Alter's body was found along Brays Bayou. The other man was found Wednesday.

"The son contacted us. He already had his mother back. Now he wants to find his dad. We're going to help him do that," Frank Black, of Texas Equusearch, told Eyewitness News earlier Thursday.

We have a crew at the scene and we'll have the latest updates Eyewitness News at 10 for the latest updates.
Related topics:
houstonport of houston
RELATED
Equusearch joins effort to find missing elderly man after floods
TOP STORIES
'She left me to die' Motorcyclist wants to find hit-and-run driver
Father and 2 children critically injured in crash on Hardy Toll Road
Man shot as driver followed common-law wife, then crashed, HPD says
Unseasonably warm weekend, next front arrives Monday
Money in Lakewood Church wall may be tied to 2014 theft, HPD says
Manatee rescued near Texas City Dike after sighting near refineries
Parents of alleged MI school shooter arrested, authorities say
Show More
How unusual to charge parents in school shooting? EXPLAINED
Man drives to gas station after being shot in head on northwest side
Homeowners burn down house in attempt to get rid of snakes
Contact tracing revs up as omicron cases detected in several US states
UH could turn national title picture upside-down if it beats Cincy
More TOP STORIES News