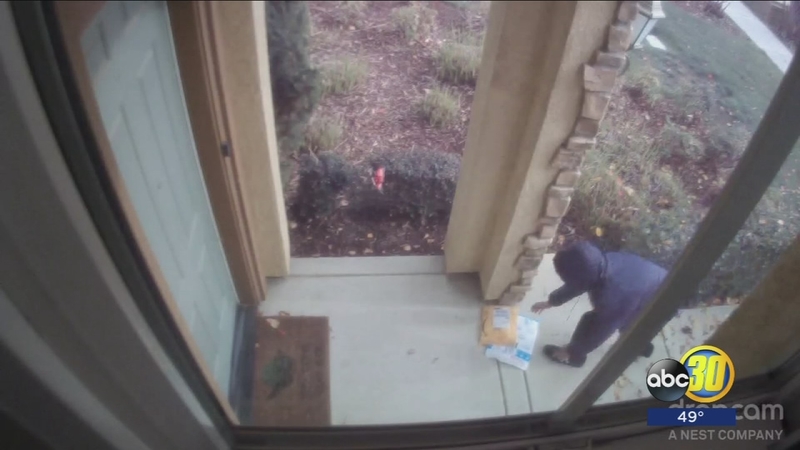 CLOVIS, California -- Two packages were stolen from the doorstep of a resident on Christmas Eve morning. The theft was captured on the homeowners' security camera.

Muro said the community played a big part in the arrest of the suspect. They shared his picture on the Nextdoor app and hours later the 14-year-old who lives in the area was arrested.

"People are using their surveillance systems whether it be their doorbells or their cameras on their house to catch crimes in progress," said Muro.

Even with the holiday season winding down police still want to caution people about porch pirates.

"We have seen more where they are following the truck and they go and steal it off the front porch or it is a crime of opportunity," said Muro. "They are literally just cruising the streets, just looking for packages on doorsteps."

"The other thing we suggest as well send your package to a work address or one of the Amazon drop off locations throughout town," said Muro.

The stolen packages were reunited with the homeowner in time for Christmas.