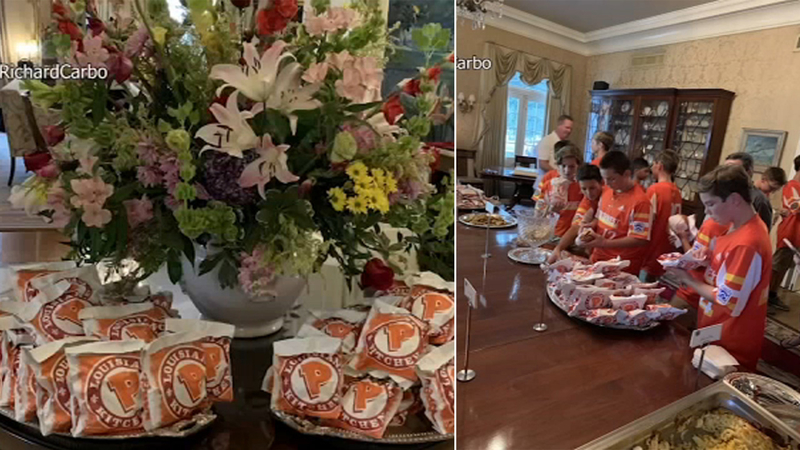 If you were one of the people who couldn't find the Popeye's chicken sandwich because it was sold out, maybe you should have checked the Louisiana governor's mansion.

Gov. John Bel Edwards rewarded the Little League World Series champions, who are from Louisiana, with the coveted food.

"The only place in the world that you can get a @PopeyesChicken sandwich is at the Governor's Mansion tonight. Only the best for Louisiana's own 2019 @LittleLeague
World Series Champions! #LouisianaProud," he wrote in a tweet Sunday.

The only place in the world that you can get a @PopeyesChicken sandwich is at the Governor’s Mansion tonight. Only the best for Louisiana’s own 2019 @LittleLeague World Series Champions! #LouisianaProud pic.twitter.com/KN13ws7wRZ

The team has since earned all types of recognition and honors, including hanging out with the New Orleans Saints before the Houston Texans game Monday night. The team has also been invited to ride on a special float in the Krewe of Bacchus' Mardi Gras parade in February.

The East Bank girls World Series finalists also received the same invitation to ride on the float in the parade.

The Poepeyes chicken sandwich saw a surge in popularity in what was dubbed on social media as #ChickenWars.

It started as a battle between the restaurant, Chick-fil-A, and Wendy's. A host of other businesses who sell sandwiches threw in their two cents, too.

But Popeyes appeared to have the runaway hit, with some people taking the sandwich's availability, or lack thereof, too seriously.

A Tennessee man was so angry the fast-food chain ran out, he sued.

Then in Houston last week, angry customers demanded sandwiches at the location on Scott Street and Corder.

One of those customers pulled out a gun.

An armed mob of two women and three men rushed the door of a Houston Popeyes after they were told their chicken sandwich was sold out.