Group of Houston kids headed to see pope in Philadephia 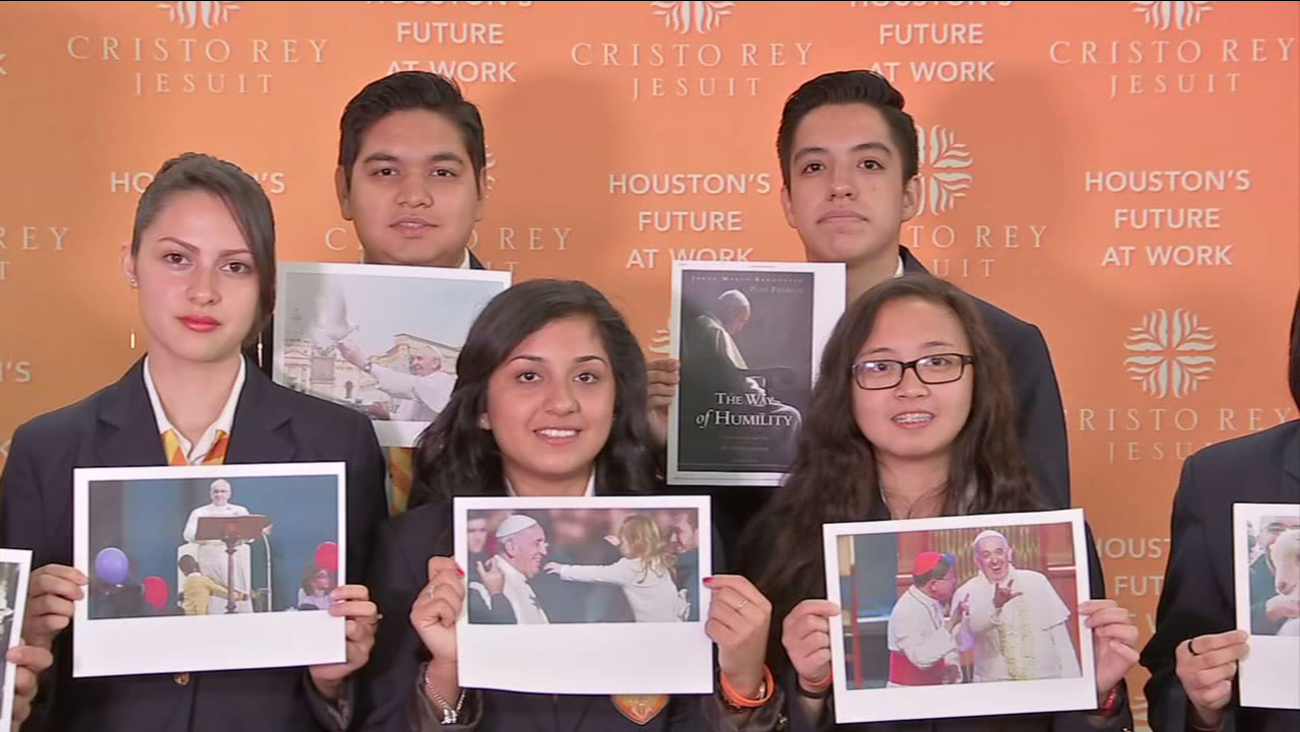 HOUSTON (KTRK) -- When students at Cristo Rey Jesuit High School in southeast Houston heard the pope would visit the U.S. and eight seniors could apply for a trip, the rush was on to get the application in.

"When I saw Pope Francis is coming to the United States, that's incredible. When does the pope come to your country, very few times and your school is giving you the opportunity to go. I just had to take and seize that opportunity," student Manuel Lopez said.

"It was always one of those things that was always on my bucket list, that I always wanted to meet the pope and I grew up in a Catholic family," senior Nohemi Almaguer said.

As part of the selection process, students were asked to come up with an image that described what draws them to Pope Francis.

"It's a picture taken from a video. And the video shows that instead of making the kid go sit back down with the audience, he actually lets him sit down on his own chair. So that's something that's like wow! He's sitting on the pope's chair," Almaguer said.

"This idea of him being human, connecting with him. It's not that he's pope and I don't know who he is, it's like he's the pope and he could reach out to you and he loves you, and that's why I truly love this picture," Lopez said.

Being selected for this once in a lifetime trip to see Pope Francis in Philadelphia comes with responsibility. Upon returning, each student must share their experience with their fellow students and family.