Pope Francis says having children are a blessing, not a burden 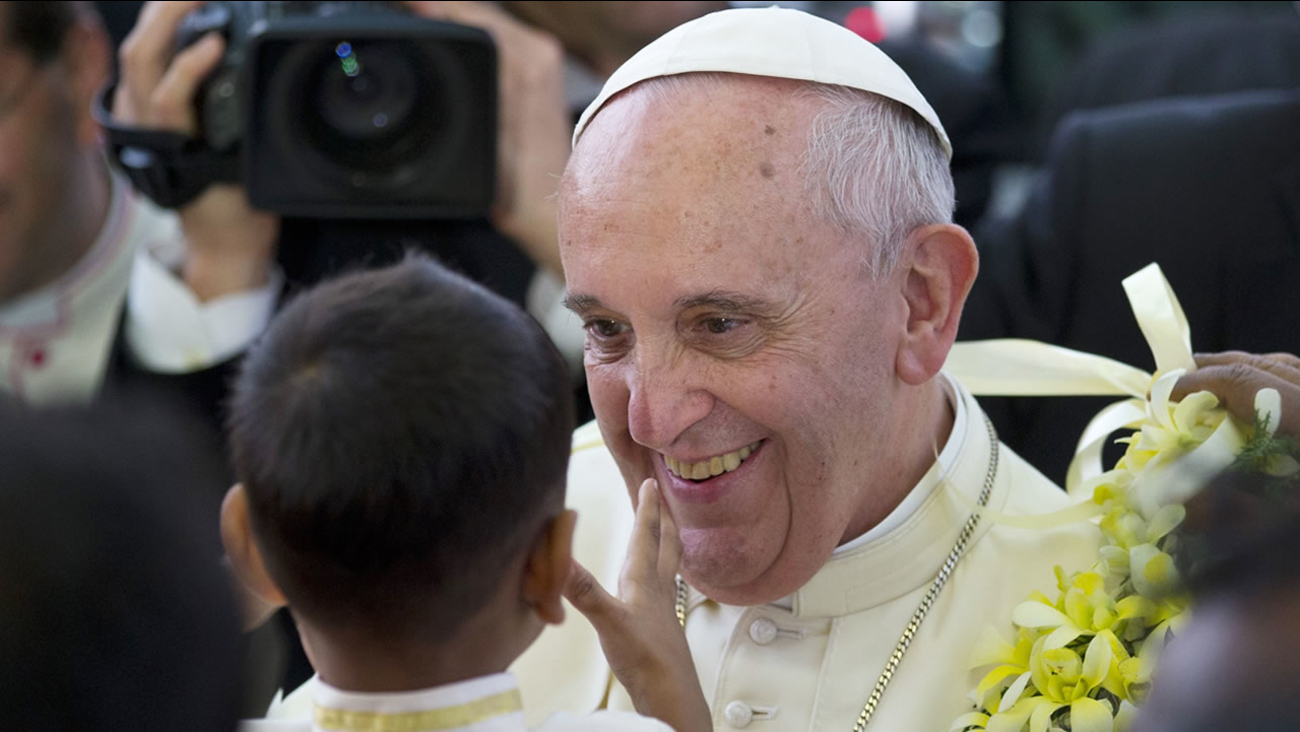 Tuesday, Jan. 13, 2014, photo, Pope Francis smiles after getting a garland from a child as he arrives for an interfaith meeting in Colombo, Sri Lanka. (AP Photo/Saurabh Das, File)

VATICAN CITY (KTRK) -- Pope Francis made some remarks on couples who decide not to have children when he spoke to his general audience in St. Peter's Square on Wednesday.

The pope said opting not to have children is "selfish" as he spoke of a "greedy generation." He said a society that considers children worrisome is a depressed one.

"If a family that has been generous in having children is looked upon as a burden, something is wrong," Pope Francis said.

"The generation of children must be responsible, as Blessed Paul VI wrote in his encyclical 'Humanae Vitae.' But having more children cannot be looked upon automatically as an irresponsible choice. Not having children is a selfish choice," Pope Francis said.

Just last week, the Pope told parents it was okay to spank their children.