What's next for the position of Harris County sheriff? 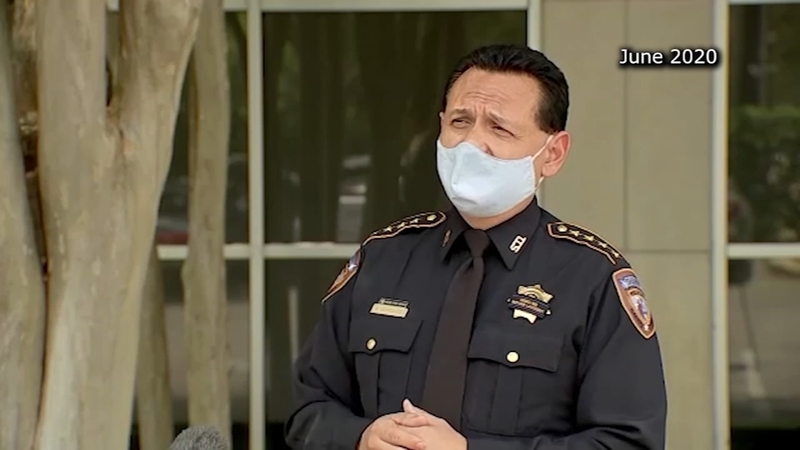 What's next for the position of Harris County sheriff?

"Congratulations to Sheriff Ed Gonzalez," Menefee said. "I think it's a testament to the work that he has done here in Harris County and it's also evidence that the work that is being done by county governmental leaders is being seen on a national stage, so this is an important moment for Harris County and kind of elevating our posture in the national conversation as one of the leading counties in our country."

Menefee explains what could happen next when it comes to finding a replacement for Gonzalez.

In the state of Texas, all sheriff positions are elected positions. According to the state constitution, vacancies are filled by the Commissioners Court until the next general election, which would be in 2022.

"There are plenty of recent examples here in Harris County that the process can be relatively quick," Menefee said. "I'm sure the commissioners' court will be thoughtful when considering the various folks who are interested in serving this position and ensure that whoever they pick is going to be operating the jail, which is the largest mental health provider in Texas. They're going to operate that facility in the best interest of Harris County residents."

Officials with knowledge inside Harris County Precinct 1 Constable's Office tell ABC13 Constable Alan Rosen would be interested if called upon to fill the role. However, a list of potential candidates has not been announced yet.

James "Smokie" Phillips Jr., president of the Afro-American Sheriff's Deputy League, said this could be an opportunity for the Harris County Sheriff's Office to have the first appointed African American Sheriff in its history.

"We have certain African American candidates that are well-qualified and we'll be turning over the list to commissioners' court within the coming weeks," Phillips said. "Our goal is to get an African American that's predicated on changing the narrative on policing in Harris County."

As word got out of Sheriff Ed Gonzalez's nomination to lead ICE, Harris County Commissioner Adrian Garcia gave reasons that the sheriff's nod will "benefit everyone."

The Harris County Sheriff's Office is the largest Sheriff Office in the State of Texas, and the third-largest nationally. Gonzalez leads upwards of 5,000 employees to protect the county's 4.5 million residents.

Attorney Kate Huddleston with ACLU Texas said the organization is calling on the Biden Administration to immediately close down 39 I.C.E. detention facilities nationwide, including six in Texas which have been cited for poor treatment and conditions. Huddleston said she hopes the change of leadership could potentially push for a change in the federal department's immigration policies.

"The utter disregard for the dignity of people in I.C.E. Detention must end," Huddleston said. "Incarcerating large numbers of people based on their immigration status is antithetical really to American values. America has always been a welcoming home to immigrants and for people who are seeking safety and I would just urge viewers to think about the ways we can return to being a welcoming community."

It could be at least a month before Sheriff Gonzalez is confirmed to take the director position for I.C.E. Once, that happens, then the Commissioners Court will start looking at potential candidates to fill the position of Harris County Sheriff.