US border towns not prepared to take on thousands in migrant caravan: Officials 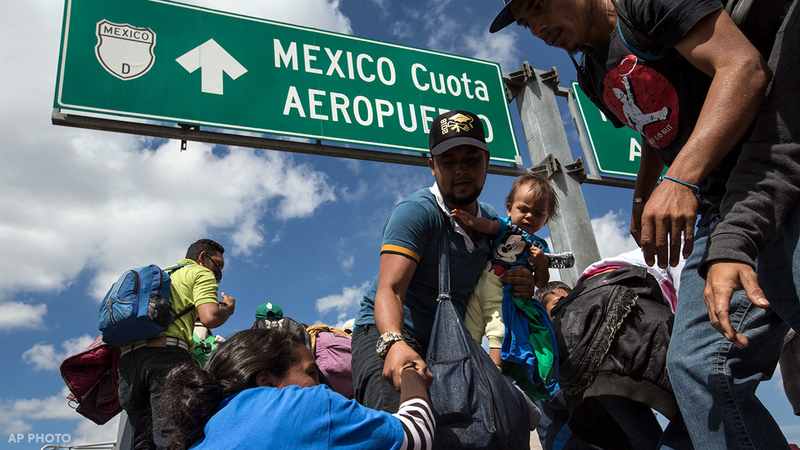 LAREDO, Texas -- Towns along the southern U.S. border with Mexico could soon face the reality of having to accommodate thousands of Central American migrants who arrive in a caravan that started nearly a month ago.

Officials in Laredo, Texas, peered into that potential reality this week, hearing from U.S. Customs and Border Patrol about what could happen if the town is chosen as the port of entry.

Gregory Alvarez, director of northern operations for U.S. Border Patrol, estimated up to 5,000 migrants could show up in the town along the Rio Grande Valley.

"Depending on the size of the group, up to maybe a few weeks to process that size of a group," Alvarez told Laredo city council members on Monday.

Alvarez also expressed the possibility of some of the migrants continuing on to California before crossing over.

Nevertheless, the Border Patrol official expressed that no U.S. city near a port of entry is ready to help everyone who arrives. Alvarez said public and social services might feel the impact.

In the same vein, though, faith-based and community nonprofit groups in town have pledged to help despite acknowledging the challenge that thousands of migrants present.

"It's been my experience that by and large, cities and towns, and communities all across the border are not prepared," said Michael Smith of Laredo's Holding Institute. "They are ill-prepared to receive a large group of this size. The best thing that we can do is to be as best prepared as possible."

"They just represent raw, real humanity. So they are struggling with something that's causing them to try to come to this side. We are the promised land for them, for better or worse," said Smith.

As of Wednesday, the migrant group has settled around Mexico City with hundreds of miles to go before reaching the border.

President Trump has already sent about 5,200 active-duty soldiers to the border on top of 2,100 National Guard troops already there.

Barbed wire fences have gone up near the U.S.-Mexico border.

The governor of the Mexican state of Veracruz is offering to erase hundreds of miles off the journey to the U.S. border for Central Americans traveling in the migrant caravan.