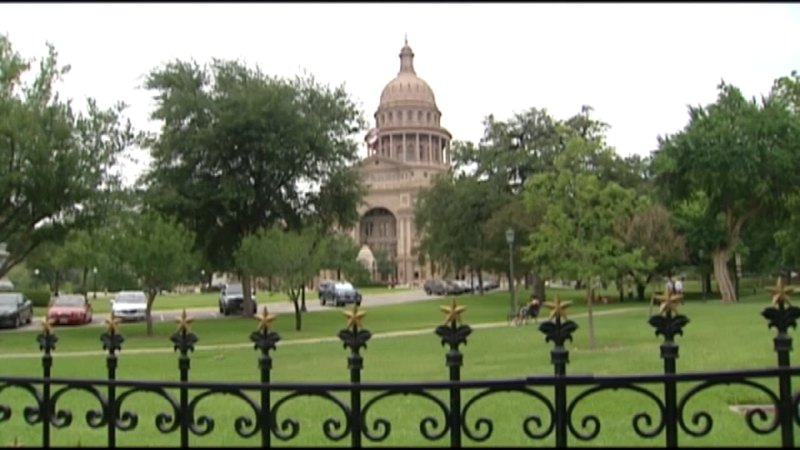 AUSTIN, Texas (KTRK) -- The Republican-authored Election Integrity bill failed to pass the Texas House after Democrats staged a walkout. That meant there were not enough members on the floor so no vote could take place.

Representative Jon Rosenthal of Harris County is one of the Democrats who walked out. He had particular concerns about key elements of the bill which banned drive-thru voting, restricted voting by mail, adds access to poll watchers, cuts early voting hours on Sundays and gives a judge an easier path to overturn an election based on suspicion of fraud.

"A lot of us view these efforts, the 'election integrity' efforts, as an attack on our democracy," Rosenthal told ABC13. "That, to me, is not just an attack on democracy. If we have that going on, that's the end of democracy."

Meanwhile, Representative Briscoe Cain is one of the authors of the original Election Integrity legislation. He said he is looking forward to getting back to work and passing the legislation.

"[Sunday night] simply means a primary component of the election integrity agenda of our governor was just delayed," he said. "It's important to my constituents and the constituency of the state of Texas that there is something to be done to one: secure elections but two: give people confidence in their elections."

Now, the question is, when will that extra session happen?

"The legislature already has to come back to do redistricting, which won't take place until September or October when census data becomes available," said ABC13 Political Analyst Keir Murray. "But there are other issues in the meantime that the Lt. Governor, the Governor, and others have expressed interest in moving forward. So the question will be, will there be one special session or two?"

It highlights the drama in the closing days of a session where other priorities also failed passage.

"Republicans were going out saying this was the most conservative session ever and Democrats said, 'Not so fast my friend,' and that's exactly what happened," said political strategist Court Koenning.

Adding to the political drama, on Monday afternoon, Gov. Abbott tweeted that he will not fund the legislative branch in the budget, writing there will be "no pay for those who abandon their responsibilities."

READ MORE: Gov. Abbott responds to Dems walkout: 'No pay for those who abandon their responsibilities'
EMBED More News Videos

After a Democratic walkout in the state House of Representatives, Abbott said there will be "no pay for those who abandon their responsibilities."

Those in Austin believe it's a direct shot at Democrats for the walkout, though it's unclear from his office whether he is referring to the session in general or to last night specifically. But it forces Democrats into a special session where they'll have to vote.

"Now, the governor is concerned, rightfully so, that they might not come back," Patrick said. "This will bring them back."