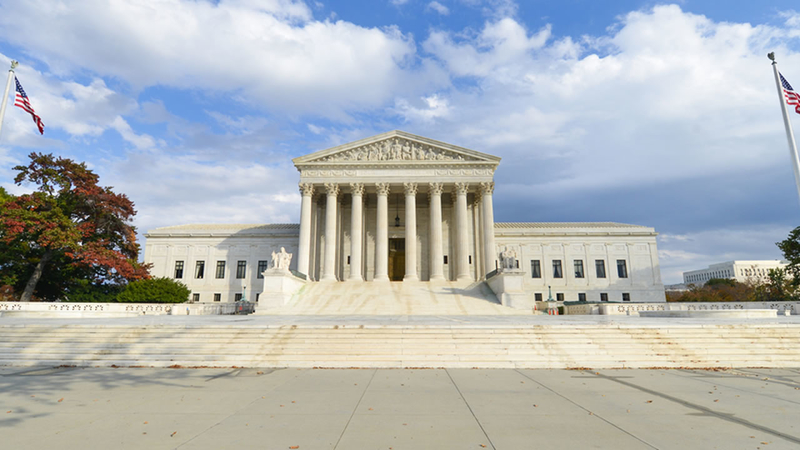 SCOTUS to take up right to carry guns for self-defense

WASHINGTON -- The Supreme Court agreed on Monday to hear an appeal to expand gun rights in the United States in a New York case over the right to carry a firearm in public for self-defense.

The case marks the court's first foray into gun rights since Justice Amy Coney Barrett came on board in October, making a 6-3 conservative majority.

The case probably will be argued in the fall.

The court had turned down review of the issue in June, before Justice Ruth Bader Ginsburg's death.

New York is among eight states that limit who has the right to carry a weapon in public. The others are: California, Delaware, Hawaii, Maryland, Massachusetts, New Jersey and Rhode Island.

In the rest of the country, gun owners have little trouble legally carrying their weapons when they go out.

Paul Clement, representing challengers to New York's permit law, said the court should use the case to settle the issue once and for all. "Thus, the nation is split, with the Second Amendment alive and well in the vast middle of the nation, and those same rights disregarded near the coasts," Clement wrote on behalf of the New York State Rifle & Pistol Association and two New York residents.

Calling on the court to reject the appeal, the state said its law promotes public safety and crime reduction and neither bans people from carrying guns nor allows everyone to do so.

Federal courts have largely upheld the permit limits. Last month an 11-judge panel of the federal appeals court in San Francisco rejected a challenge to Hawaii's permit regulations in an opinion written by a conservative judge, Jay Bybee.

"Our review of more than 700 years of English and American legal history reveals a strong theme: government has the power to regulate arms in the public square," Bybee wrote in a 7-4 decision for the 9th U.S. Circuit Court of Appeals.

The issue of carrying a gun for self-defense has been seen for several years as the next major step for gun rights at the Supreme Court, following decisions in 2008 and 2010 that established a nationwide right to keep a gun at home for self-defense.

In June, Justice Clarence Thomas, joined by Justice Brett Kavanaugh, complained that rather than take on the constitutional issue, "the Court simply looks the other way."

But Barrett has a more expansive view of gun rights than Ginsburg. She wrote a dissent in 2019, when she was a judge on the federal appeals court in Chicago, that argued that a conviction for a nonviolent felony - in this case, mail fraud - shouldn't automatically disqualify someone from owning a gun.

She said that her colleagues in the majority were treating the Second Amendment as a "second-class right, subject to an entirely different body of rules than the other Bill of Rights guarantees."

A woman has been charged with a felony for not returning a "Sabrina The Teenage Witch" VHS tape she rented 20+ years ago.