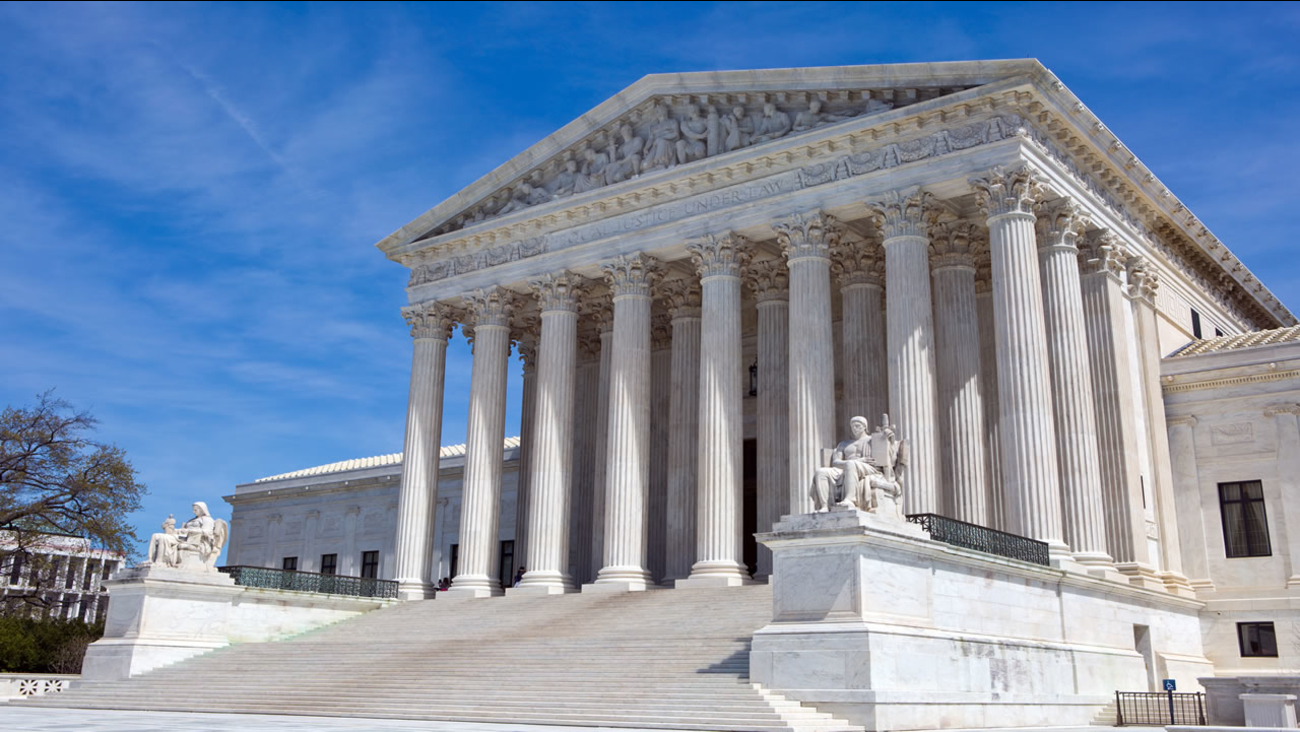 AP
By MARK SHERMAN
WASHINGTON -- The Supreme Court announced Monday that it is postponing arguments for the first time in more than 100 years because of the coronavirus, including fights over subpoenas for President Donald Trump's financial records.

Arguments scheduled at the high court for late March and early April were indefinitely postponed, as federal and state courts around the country closed or curtailed their operations as they tried to come to grips with the virus outbreak.

Other business at the Supreme Court will go on as planned, including the justices' private conference on Friday and the release of orders in a week's time. Some justices may participate by telephone, the court said in a statement.

Six of the nine justices are 65 and older, at higher risk of getting very sick from the illness, according to the Centers for Disease Control and Prevention. Justices Ruth Bader Ginsburg, 87, and Stephen Breyer, 81, are the oldest members of the court. There is no new date set for the postponed arguments. The building has been closed to the public since last week.

The only other time the 85-year-old court building was closed for arguments was in October 2001, when anthrax was detected in the court mailroom. That led the justices to hold arguments in the federal courthouse about a half mile from the Supreme Court. Within a week and after a thorough cleaning, the court reopened.

In 1918, when the court still met inside the Capitol, arguments were postponed for a month because of the flu pandemic. In the nation's early years, in August 1793 and August 1798, adjustments were made because of yellow fever outbreaks, the court said. In New York, the state's court system is severely curtailing operations, suspending evictions, canceling jury duty and postponing all other non-essential functions starting at 5 p.m. Monday. Court employees are being told to stay home beginning Tuesday unless told otherwise.

Arraignments will continue, but in New York City they will be conducted by video. Other criminal proceedings will be postponed or conducted by video. Courts will continue to hear emergency matters, such as those involving protection orders, child protection and juvenile delinquency. "Judges will exercise judicial discretion in a manner designed to minimize court appearance and traffic in the courts," Chief Administrative Judge Lawrence Marks wrote in a memo to staff.

Civil and criminal trials already in progress will continue until finished, but no new ones will start until further notice, and people who've been summoned for jury duty are being told to stay home - no new juries or grand juries will be selected while operations are limited.

The court system previously said it was prohibiting people with symptoms of the new coronavirus from entering court facilities. The federal appeals court in New York said its arguments would continue, but it said lawyers and judges could take part remotely. Appellate courts in Cincinnati, Ohio, and New Orleans also were taking steps to postpone arguments or at least conduct them via video and audio links.
Report a correction or typo
Related topics:
politicswashington d.c.coronavirussupreme court
Copyright © 2020 by The Associated Press. All Rights Reserved.
More Videos
From CNN Newsource affiliates
TOP STORIES