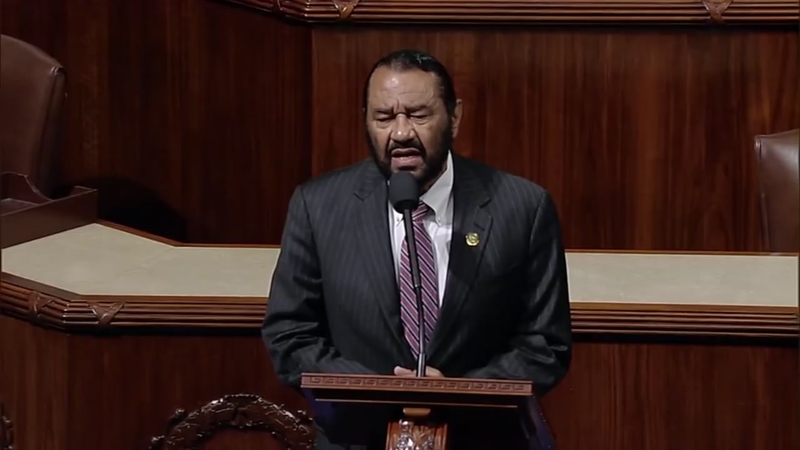 WASHINGTON, D.C. (KTRK) -- Rep. Al Green (TX-9, D) denied any wrongdoing stemming from a 2007 incident with a staffer in a written statement Monday.

"In the present climate, we wish to jointly quiet any curious minds about our former and present relationship with one another," Green wrote. The statement was signed by Green and the former staffer.

In a lawsuit Green filed, but quickly withdrew in 2008, Green's lawyers said the staffer alleged Green and the woman "had a romantic encounter on one evening at her home in May of 2007." Green's 2008 federal lawsuit sought to stop the filing of any further court action against the congressman.

According to Green's lawsuit, the staffer claimed she had suffered workplace retaliation, a hostile work environment, and adverse workplace conditions because of the "alleged romantic moment."

The matter was settled shortly after, Green said.

"At an unfortunate time in our lives, when both of our feelings were hurt, we hastily made allegations and charges against one another that have absolutely been resolved," Green's statement said Monday. "As consenting friends, we both regret our former claims and have since then maintained our respectful friendship."

"This matter has been resolved without payment of any money or transfer of any consideration of any kind by either of us to the other," the pair said jointly in the statement.