KTRK
CLEVELAND, OH (KTRK) -- The first Republican debate did not disappoint. For the most part, everyone wanted to see what the dark horse front runner, Donald Trump, would say. And Trump lived up to the hype. But today, he's complaining that he was asked some "unfair" questions, and that his questions were tougher than his fellow candidates'.

Like him or not, Trump was certainly Trump in the debate last night, drawing a lot of attention from the moderators and other candidates.

Abrahams asked Trump, "Did you think the questions were more personal as opposed to issue oriented for you?"

There was one question in particular about women, asked by moderator Megyn Kelly, that Trump called unfair.

Trump said, "She didn't ask those questions of anybody else. I thought it was an unfair question. But you know what the answers were good obviously because everybody thinks I won the debate."

In a debate with 10 candidates, it was often easy to forget some of them were there with long lapses between questions for some, such as Texas Sen. Ted Cruz. That was not the case for Trump who seemed to dominate the conversation.

Asked if he plans to change his approach five weeks from now at the next debate, Trump said, "We'll see. But I thought the candidates were really terrific. I got to know them. "

The next debate at the Reagan Library in California. 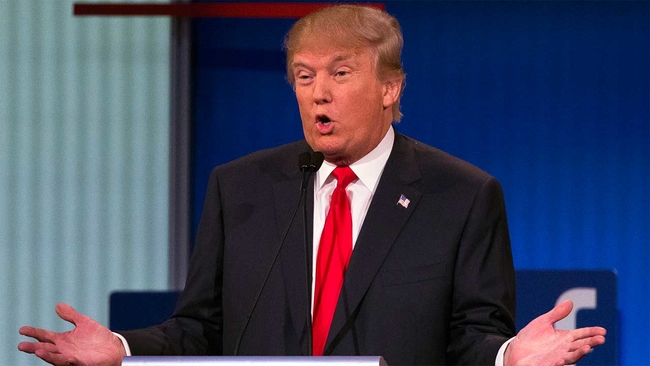