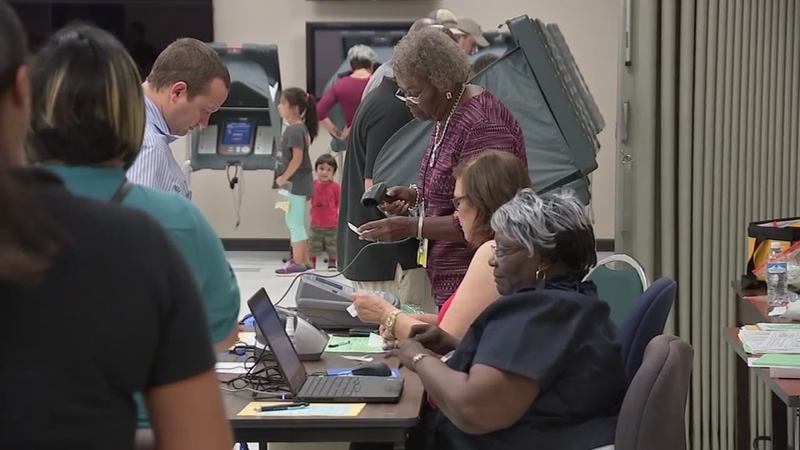 The Democrat received 17,263 more votes than Donald Trump, even though Trump won Texas and the nation.

Still, all but one other race in Fort Bend went to Republicans.

"It's unusual. It's very confusing. I think political scientists will analyze that result for quite some time," said Fort Bend County Judge Bob Hebert.

Hebert notes that Fort Bend county didn't vote Democrat in either election which President Obama won. Neither time. Hebert sees the 2016 election as a clear rejection of Trump by GOP women and even some GOP men in Fort Bend.

"However it happened, It's definitely unique. It's the first time I've ever seen that kind of result," he said.

He did point out the county's diverse population, which includes over 140 thousand first and second generation immigrants.

"These were people who voted for Hillary, no other Democrat, not a single other Democrat, won the county," said House Representative Ron Reynolds.
He is the only other Democrat to win in Fort Bend. He won despite legal and financial issues: The State of Texas suspended his law license following his misdemeanor conviction last year for illegally soliciting clients in Montgomery county. He filed bankruptcy after a judge ordered him to pay over a half million dollars to a former client.

Nancy Calloway says State Rep. Ron Reynolds failed to give her the share of a settlement.

Still, he got 70 percent of the votes for House District 27. That's twice as many votes as his Republican challenger.

"I was very, very pleased. Very thankful and blessed to the constituents of House District 27 for sending me back to Austin," he said.

Reynolds says he is appealing his conviction and that he's dropped the bankruptcy suit. He tells Eyewitness News he intends to repay all the money he owes.