'I am an American, a U.S. citizen by choice' Meet Fort Bend County Judge KP George 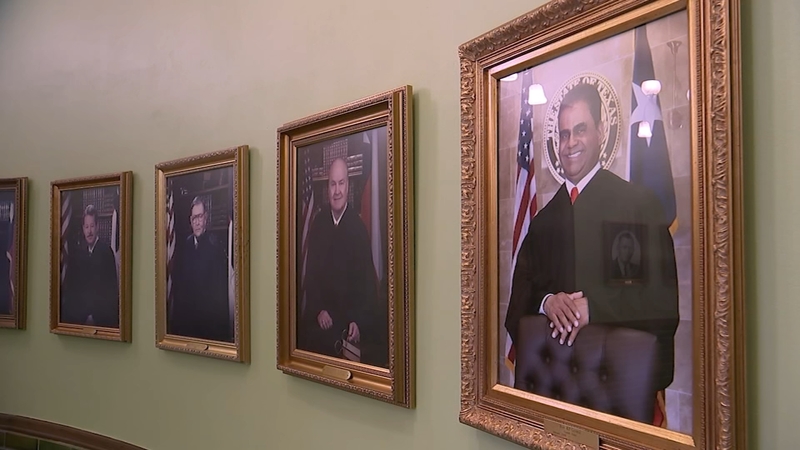 He's also the first to be born in another country.

But when we met for an interview, his home looked like so many in Fort Bend County. It was still destroyed after his pipes burst in February's winter storm.

"I'm born and raised in the south of India, all the way on the southern tip and grew up in a village. To give you an idea, the village got electricity in 2007," he explained. "No electricity, no running water, nothing."

George always wanted to come to the United States.

"In our school, those who could not afford lunch, they brought big packets, like sacks, full of processed wheat," he said. "One thing I saw there was that big sack. On the top was written USA, in red letters, I still remember."

He managed to get a VISA and move to the country in 1993.

By the time he moved to Fort Bend County in 1999, he was married with kids, and he knew he wanted to pursue politics. After serving two terms on the Fort Bend ISD Board, George was elected as Fort Bend County Judge in 2018.

"Everyone has a path, and if you listen to your instinct and gut and follow that path, you're going to achieve what was written out for you," said his wife, Sheeba, who is a fourth grade math and science teacher in Fort Bend ISD.

But the past year has been filled with challenges.

The COVID-19 pandemic has widened political differences, and racist attacks against Asian Americans have increased nationwide.

"Last year, I was advised I have to take security when I go to county businesses and that's heartbreaking because this is my community," he explained. "I've never met them, I've never had any conversation with them, and they have no idea who I am."

"It's not just an attack on us personally, but that's our community you're talking about," Sheeba added. "Not just our community, but the minority community. Working with minority students, it hurts because you're not just talking about one group, you're talking about all of us."
"I am an American, a U.S. citizen by choice, I choose to be here because this is the best deal in the world," George explained. "I love this nation so much, and I don't want somebody coming and making a judgement on me how much I care about this country."