KTRK
By Danny Clemens
PARKLAND, Fla. -- Stoneman Douglas survivors are making good on their promise to keep pushing for legislative action to combat gun violence with Town Hall for Our Lives, a nationwide series of meetings with local legislators addressing gun reform.

David Hogg and other Parkland students are encouraging constituents around the country to organize local town hall events on Saturday, April 7. The date was chosen to coincide with the congressional recess when legislators are likely to be back in their districts and not in the capital.

Town Hall Project, a nonprofit working with the Parkland students to help organize the meetings, announced Friday morning that it had registered more than 30 affiliated town hall events in districts around the country. According to its website, though, some of those events are so-called empty chair town halls that Congressional representatives have not yet committed to attending.

Confirmed #TownHallForOurLives events in the following districts (so far):

In districts where elected officials cannot or will not attend the constituent-organized meetings, Town Hall Project is encouraging constituents to invite opposition candidates running in that district to speak. The organization said it hopes the events are "open and respectful to all members being invited."

Town Hall Project added that 51 legislators were already holding unrelated town halls on April 7 and that constituents in 150 other districts are actively coordinating a local event.

The meetings come less than a month after March for Our Lives, student-organized demonstrations in Washington and hundreds of other cities calling for a legislative fix to gun violence after the shooting at Stoneman Douglas High School. Attended by hundreds of thousands, the Washington march featured 17 young speakers whose lives had been impacted by gun violence.

Two weeks after the town halls, there's also another school walkout planned for 10 a.m. on April 20, the anniversary of the Columbine High School shooting. There are events planned at (though not necessarily sanctioned by) nearly 2,000 schools for the National School Walkout.
Report a correction or typo
Related topics:
politicsschool shootingsafetyparkland school shootinggun safetymarch for our livesgun controlgun violencegovernmentschool safetytown hall meetingcongress
Copyright © 2020 KTRK-TV. All Rights Reserved.
MARCH FOR OUR LIVES 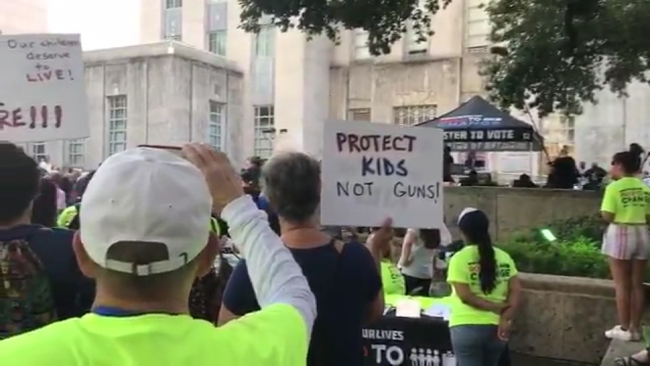 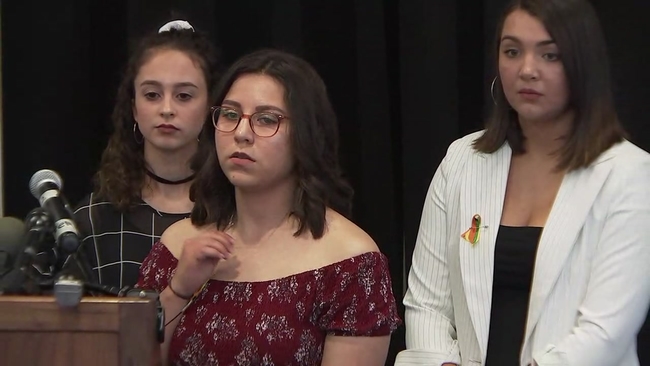