A GOP lawmaker from Fort Bend County has dropped his bid for re-election after his comments singling out his opponents' ethnicity.

State Rep. Rick Miller lost Texas Gov. Greg Abbott's endorsement following Miller's comments suggesting his rivals on the ballot were motivated to run against him because they're Asian.

Miller since 2013 has represented Fort Bend County, one of the most diverse counites in the U.S. He told the Houston Chronicle that one of his primary opponents, Jacey Jetton, was running against him in 2020 "because he is an Asian" and decided "that my district might need an Asian to win."

"And that's kind of racist in my mind, but anyway, that's not necessary, at least not yet," Miller told the newspaper.

He went on to suggest that a second challenger, Leonard Chan, had similar motivations.

"I don't know, I never met the guy. I have no idea who he is," Miller said of Chan. "He has not been around Republican channels at all, but he's an Asian."

Gov. Greg Abbott withdrew his endorsement of Miller after the interview was published. Abbott spokesman John Wittman called the comments "inappropriate and out of touch" with Republican values. Miller did not immediately return an email seeking comment Tuesday.

Chan and Jetton told the newspaper that the remarks show why the suburban Houston district needs a change.

"It has nothing to do with whether I'm part Korean or anything else, it's just the fact that I'm showing up and the other communities are excited about that. I think it's unfortunate he's trying to make it a race thing when it's really just being willing to communicate with anyone in the district," Jetton said.

Miller is from Sugar Land, the home of former Republican U.S. House Majority Leader Tom DeLay. The population of Fort Bend County is split almost evenly, with 35% Anglo residents, 24% Hispanic, 21% Asian or other, and 20% black, according to a 2018 survey by the Kinder Institute for Urban Research.

Later Tuesday, Miller released a statement confirming his withdrawal from pursuing another term:

"During a recent interview with the Houston Chronicle I made some statements that were insensitive and inexcusable. In trying to make a point about the campaign I used a poor choice of words that are not indicative of my character or heart. As a Veteran of the U.S. Navy and elected official, I have dedicated my life to public service and improving the lives of our country and my constituents. My comments were not made with malice nor do they reflect who I am or who I strive to be. I want to publicly apologize to Jacey, Leonard and my constituents and friends who have put their trust in me through the years. I do not want to be a distraction for my party or my constituents, and therefore I have decided not to seek re-election."

"As a decorated U.S. Navy veteran and fellow naval aviator, Representative Rick Miller is to be commended for his years of service protecting the freedoms of our great nation and helping to deliver pro-growth policies that have created thousands of career opportunities for Texas families. His decision to not seek re-election is the right one for the good of everyone. We are blessed to have many emerging leaders in our community who will strengthen, diversify, and help lead a new generation of conservative Representation for our county and state." 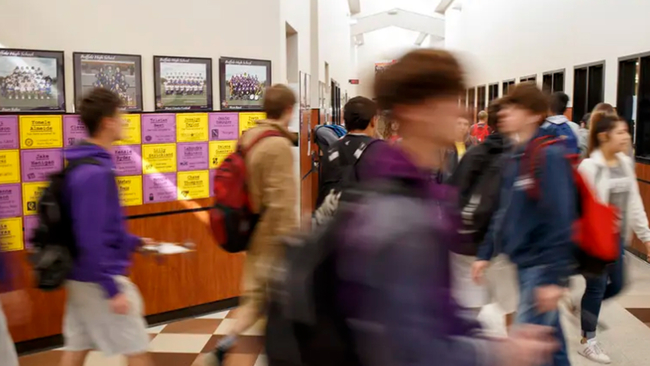