KTRK
HOUSTON (KTRK) -- A family who found themselves in the limelight following an unexpected feud with Donald Trump this year stopped in Houston on Saturday.

Khizer and Ghazala Khan's appearance at the Democratic National Convention thrust them into the national spotlight. They say they've received support from around the world.

"There is a common theme in all of this. They say thank you for reminding us of our values. The values of pluralism, neighbor helping neighbor," Khizer Khan said. 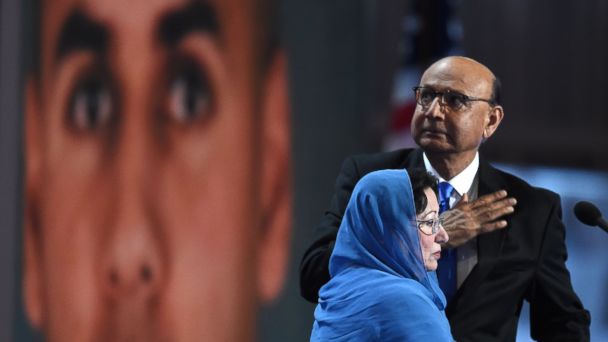 On Saturday, they were special guests of the Islamic Society of Greater Houston at a Galleria-area hotel.

"We are as much and willing to sacrifice anything to make sure our society is safe, our country is safe, and we feel extremely patriotic tonight because of the presence of Khans," said ISGH President M.J. Khan.

The Pakistani family moved from Dubai to the United States in 1980. Houston was the first city they lived in before becoming citizens six years later while living in the northeast. 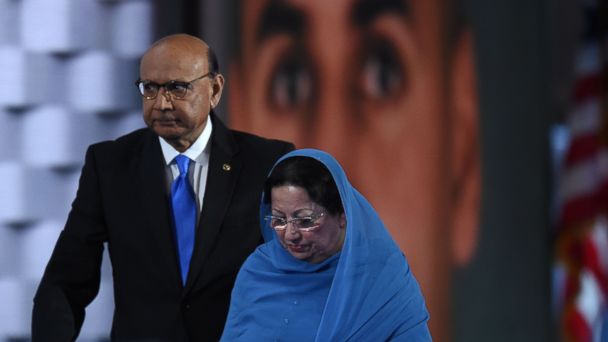 Ghazala Khan said, "My mother is buried here so this city is very special to me." Her husband added, "That's the beauty of this country, welcoming strangers. They didn't ask what religion we were, what faith we were, they came as Americans to welcome us."

Republican presidential candidate Donald Trump criticized Mrs. Khan for not speaking on the DNC stage in July. She responded by saying she couldn't because of her grief. Their middle son Humayun was killed in 2004 in Iraq. The Captain saw a suspicious vehicle approaching and ordered others to stay back while he checked on it. The car detonated shortly after.

He was posthumously awarded the Bronze Star Medal and Purple Heart. The Khans have been critical of the Trump campaign and his stance on Muslim immigrants. 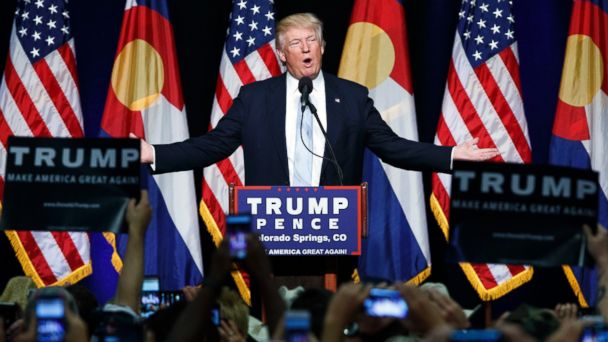 Trump Doubles Down on Criticism of Khan Family as Blow Back Continues
The GOP nominee tweeted that people need to "get smart" about terrorism.

"Together we are stronger, that's what we want," said Ghazala Khan.

Mr. Khan's speech not only made headlines, but his gesture with his pocket constitution he's been known to carry for years created a surge in sales of the pamphlet, as others have followed in his footsteps.

"This extraordinary couple has inspired citizens like myself to go back and read the constitution and keep this always with them," said an attendee at the ISGH event.
Related topics:
politicshoustondonald trump2016 democratic national convention dnc2016 electionislamhillary clinton
Copyright © 2020 KTRK-TV. All Rights Reserved.
2016 ELECTION