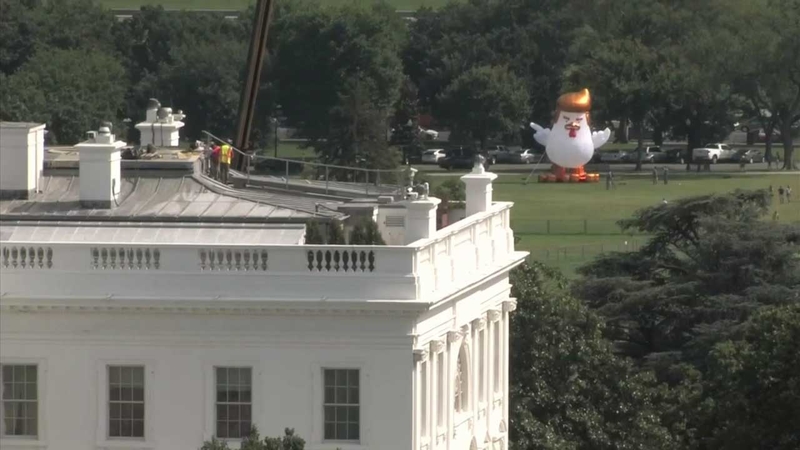 WASHINGTON -- A massive inflatable chicken with a mane of golden hair appeared behind the White House Wednesday afternoon.

The object appeared in a grassy area behind 1600 Pennsylvania Avenue, quickly drawing the attention of crowds who flocked to the scene to take photos.

A statue similar to this puffy poultry was created last year in China to celebrate the year of the rooster.

The president is not at the White House. He's on vacation in New Jersey.

"Chicken Don," as the fowl is known, flew to the top of social media feeds Wednesday afternoon. The bird's presence was the idea of Taran Singh Brar, a documentary filmmaker, and the culmination of an five-month process to acquire a permit and permission to stage the protest.

"We're here to criticize the president as a weak and ineffective leader," said Singh Brar. "He's too afraid to release his tax returns, too afraid to stand up to Vladimir Putin, and now he's playing chicken with North Korea."