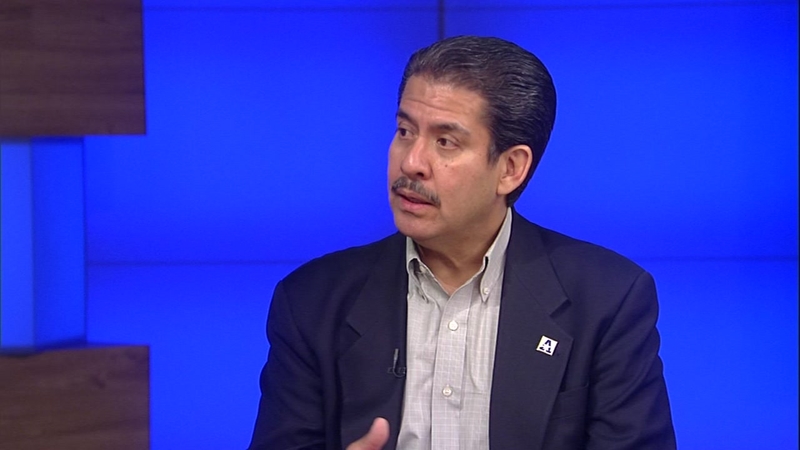 HOUSTON (KTRK) -- Former Harris County Sheriff Adrian Garcia came in third for the race to be Houston's next mayor, but has his sights set on a new political office.

Garcia has filed to run for the 29th Congressional District. That's a seat currently held by Democrat Gene Green. The district covers Galena Park, Jacinto City and South Houston, as well as parts of Baytown, Houston and Pasadena.

"I'm not done serving the people and I've decided to offer myself once again," Garcia told Eyewitness News.

Garcia resigned as Harris County sheriff to run for mayor. Previously, he was a Houston City Council member and Houston police officer.

Green has held the 29th District seat for 22 years. He is now the senior Democrat on the Health sub-committee of the House Energy and Commerce Committee. He is often home with his constituents and talks about a long list of programs he's helped to establish.

"I'm proud of the work we've done and I want to continue to do that," said Green in an interview on the Northside of Houston.

So why the challenge?

"The 29th Congressional district was designed to favor an Hispanic candidate. Seventy-three percent of the district is of Hispanic descent," said Garcia.

"I've proved you don't need to be Hispanic to represent. You work hard and I think the Hispanic community recognizes the work we've done," Green responded.

Green tells a story of how his wife helped tutor Garcia's daughter. He says Garcia's father helped him in his first campaign. The two are friends, or at least for now.

"It's not about what Gene hasn't done," said Garcia.

"We're going to run a hard race and see who wins," added Green.

It will be the first time Green has been challenged in a primary since 1996. The election is March 1, with early voting starting in February.