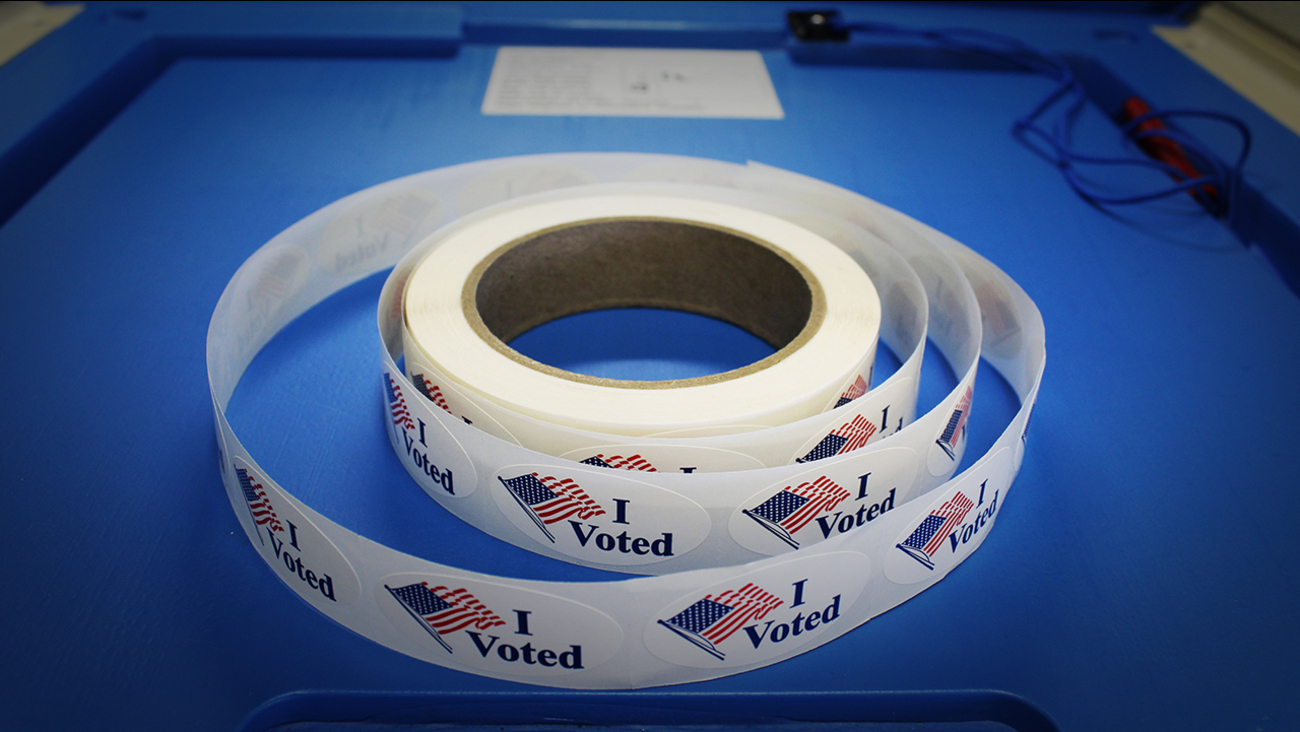 "I voted" stickers are given to citizens who have participated in the voting process. (Shutterstock)

Harris County voters who have been displaced by Harvey are advised to vote early at any one of the 46 early voting locations in the county starting on Tuesday, February 20.

Some voters may have received a notice from the Tax Assessor-Collector & Voter Registrar that they are in suspense due to their voter registration card being returned undeliverable. Suspense voters are fully eligible to vote, even while they are in suspense.

The simple solution for voters on suspense is to complete a Statement of Residency (SOR) form to verify their address when they are at the polling location, either at an early voting location or on Election Day at their designated poll.

Shortly after the election, the Voter Registrar will update the voter's status, removing them from suspense.

All voters are encouraged to vote early, especially in a Primary Election.

Due to the nature of Primary Elections, many voters will be voting at a different Election Day location than where they voted in the last November Election.
Report a correction or typo
Related topics:
politicshoustonrepublicansprimary electionvotingelection 2018election dayvote 2018democratselectionabc13 & you
Copyright © 2021 KTRK-TV. All Rights Reserved.
ABC13 & YOU
From METRO train driver to acclaimed street artist
Talented Houston sibling trio 'Los Luzeros De Rioverde' rises to fame
Tex Mex Pioneers: Molina's Cantina Turns 77 Years Old
Family Shares Daughter's Struggle With 'Childhood Alzheimer's'
TOP STORIES
Boston-bound jet crashes on takeoff west of Houston with 21 on board
Houston executive 1 of 21 on board jet when it crashed in field
How residents in this Harris County neighborhood became numb to crime
Loved ones remember mom of 3 killed during home invasion
Alvin Community College offers way to tap into oil and gas
Friendswood gas fire put out after more than 5 hours since eruption
Aviation weighs in on what might have gone wrong in plane crash
Show More
Jan. 6 panel votes to hold Steve Bannon in contempt
Big warm up ahead but another cool front in the forecast
Astros vs. Red Sox: Houston ties the series after 9-2 win over Boston
Unsolved: A Life Never Lived
Alvin Community College gives inmates way to earn a second chance
More TOP STORIES News