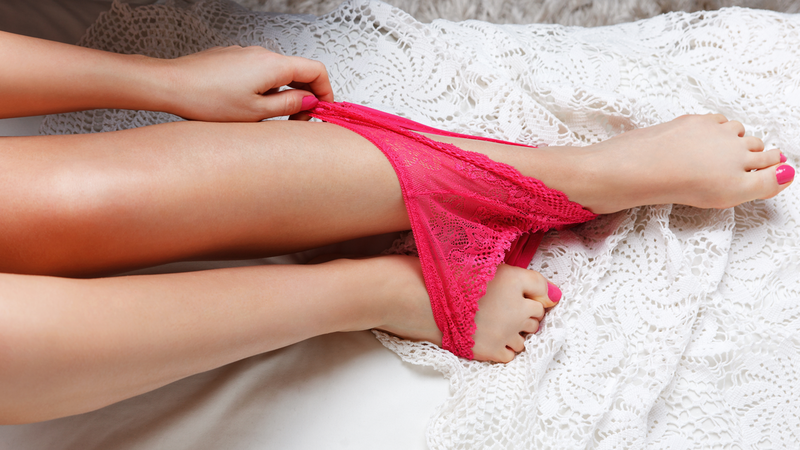 EVANSTON, Wyoming (KTRK) -- A city council candidate is dealing with controversy after community members discovered what she thought was her secret identity online.

She has been seen stripteasing in videos and has an online storefront that caters to buyers of used panties. She's also sold dirty gym shorts for $20 plus shipping.

Reno said she's been on the website for about a year.

Reno faces Mikal Welling for a city council seat in the November election. The winner will replace Wendy Schuler, who will soon become a state senator.

Schuler said she was shocked and disappointed to learn the news about Reno.

"I'm not really sure that she would be electable at this point," Schuler said. "You know, this is a small town, and news gets around pretty fast."

"This is very unfortunate," Welling said in a statement to KUTV, "and so against my own personal moral code and standards."

Reno said the venture started as an interesting experience but now calls it an error in judgment that overshadows her service to the community. She received the second-highest number of votes in the primary featuring five candidates.

"There isn't really any amount of money that would be worth what this is going to do to my family," Reno said.

She said she has deleted all accounts associated with her alter ego.

"It doesn't change the nature of who I am," Reno said, "but when people know your deepest, darkest secrets, they tend to look at you quite differently."

The candidate said she isn't sure if she'll stay in the race now.

If she drops out, Welling will take the seat.

"If you want to run for public office, probably not a good idea," Reno said, adding, "If their decision to vote for me or not vote for me has changed, I get that."

Evanston is a city of fewer than 13,000 people in southwestern Wyoming. It's about 80 miles northeast of Salt Lake City.

Reno's opponent's full statement is as follows:
"I was made aware of this late yesterday afternoon and think this is very unfortunate and so against my own personal moral code and standards. I have not confirmed nor do I plan on confirming these allegations against my opponent. I am going to continue to focus on the issues that are facing this great city and running my campaign to be elected to the city Council of Evanston."
Report a correction or typo
Related topics:
politicswyomingu.s. & world
Copyright © 2021 KTRK-TV. All Rights Reserved.
More Videos
From CNN Newsource affiliates
TOP STORIES