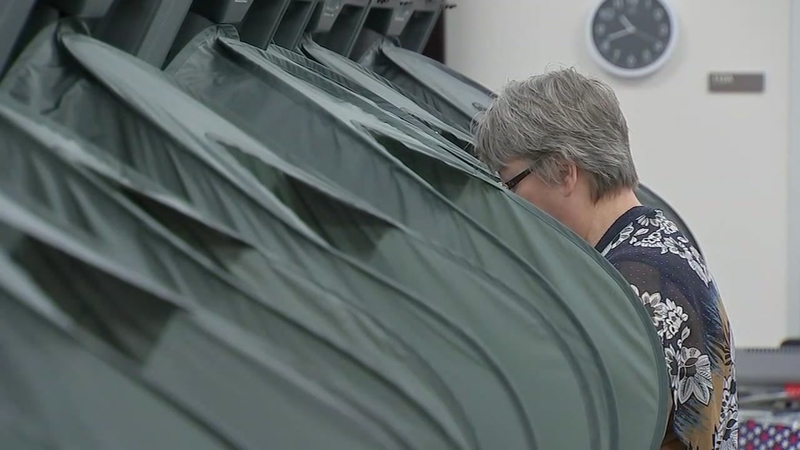 HOUSTON, Texas (KTRK) -- The 2018 primary election got off to a rocky start at about a dozen locations in Harris County.

People at the Montie Beach Community Health Center on 915 Norwood couldn't vote due to a connectivity issue with the machines.

Voting machines are not working at the Montie Beach Park Community Center.

State Senator Sylvia Garcia was also at the center where she voted.

Garcia said dozens of voters were forced to wait because the machines were not up and running, a problem that took hours to fix.

"I am fine with new technology, but it's got to work. I hope that they tested it. I don't know that they did, but these are some of the questions we will be asking cause this isn't over. We will continue to ask the questions because what happened this morning is totally unacceptable," Garcia said.
The County Clerk's Office sent a technician to connect the machines, but officials said there were problems at another location.

Hacking, though, was not one of those problems.

While a number of major companies have had to deal with hacks in recent years, Harris County Clerk Stan Stanart said the voting machines are safe.

Stanart said the eSlate machine is "superior" to paper ballots, where he says anyone with a pen or pencil could alter the vote.

The clerk said the machines are not connected to the internet, making them "unhackable."

"The operating system is so lame, you can't hack it," Stanart said, "because it's so single purposed, all it understands is a database with races, candidate's names, and a count associated with each one of them."
Report a correction or typo
Related topics:
politicshoustonprimary electionvotingtexas
Copyright © 2021 KTRK-TV. All Rights Reserved.
TOP STORIES
Isolated street flooding possible ahead of a rare June front overnight
Houston records over 100 more homicides compared to June 2019
14-year-old shot in face in argument over girl, deputies say
Mayor pledges $10K to catch a great-grandmother's killers
Memoir 'On Juneteenth' reflects on life in segregated Conroe
Former Sheldon ISD teacher accused of having sex with student
Former Houston mayoral candidate hopes to bring 3rd political party to Texas
Show More
Luby's finds buyer for cafeteria brand and 32 Texas restaurants
8 arrested during protest outside of Sen. Ted Cruz's home
Woman believed to be dismembered last seen alive 3 years ago
Woman with gunshot wound found in street near middle school
1 killed when SUV slams into pickup on Eastex Fwy
More TOP STORIES News