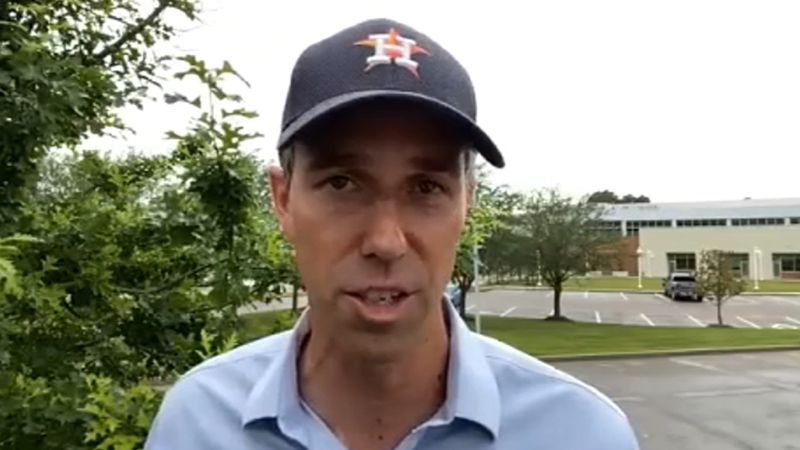 HOUSTON, Texas (KTRK) -- As part of his mission to fight for voting rights, former Texas congressman Beto O'Rourke held a voting rally in Houston on Sunday while on his state tour on voting rights and democracy.

In an interview with ABC13, O'Rourke said Houstonians need to talk about voting rights and democracy.

The rally comes weeks after the Texas legislature clashed over Senate Bill 7, which was supposed to make it harder to vote, doing away with things like drive-thru and Sunday voting. The legislation failed to pass it, but it is expected to come up again in a special session in the coming weeks.

"We're gonna have leaders like Trae Tha Truth," said O'Rourke. "We're also going to listen to everyday Houstonians who would struggle to be able to vote if we ended 24-hour voting."

O'Rourke was also joined by Houston Mayor Sylvester Turner and other elected officials, who said SB7 is not justified.

"It is not justified for African-Americans and Hispanics, Asians and people of color," Turner said. "It's not justified for Democrats, but Republicans also should be a part of this, because when you move to restrict, intimidate and suppress the ability of people to vote, that is not partisan. That's just downright wrong."

During the rally, O'Rourke argued that democracy is under attack, urging everyone, no matter what party, to fight back.

Looking forward to joining @BetoORourke and our local elected officials this afternoon as we all come together to have a conversation about voting right and democracy.