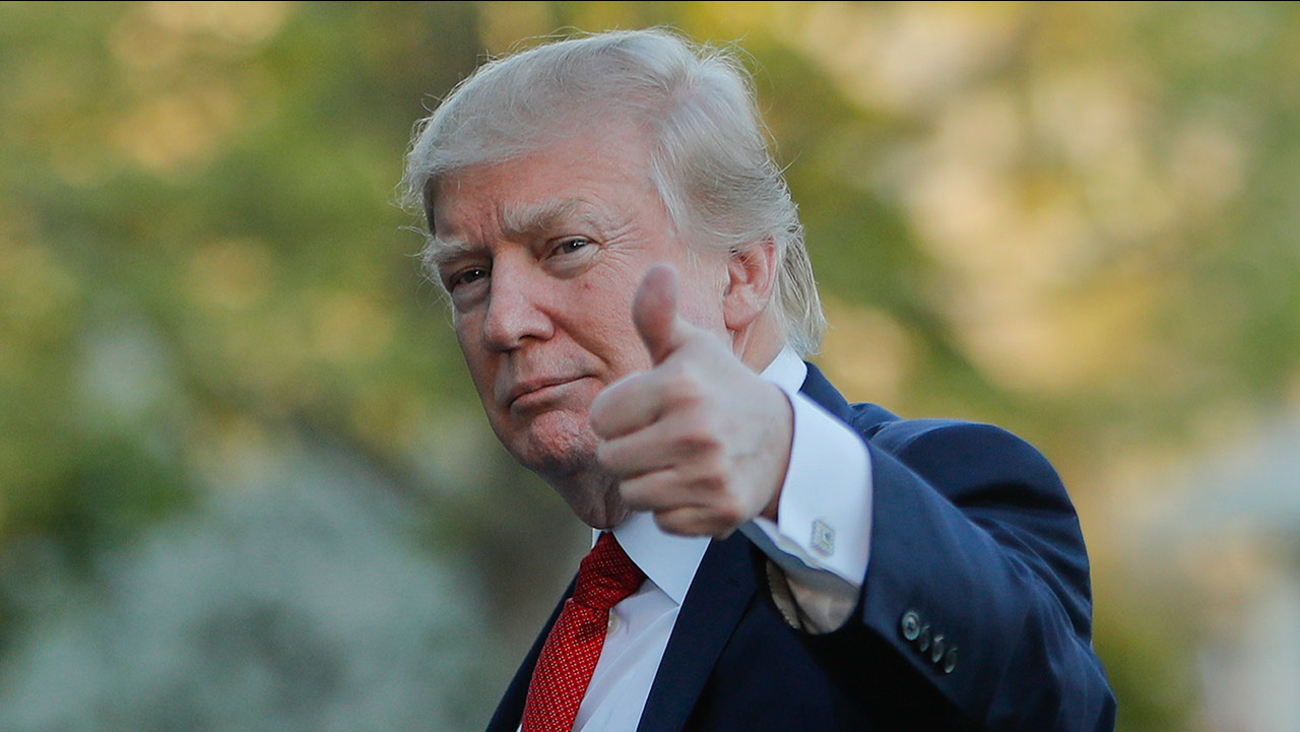 President Donald Trump gives a thumbs-up as he walks across the South Lawn of the White House in Washington, Sunday, April 9, 2017. (AP Photo/Pablo Martinez Monsivais)

HOUSTON, Texas (KTRK) -- In honor of Donald J. Trump's 74th birthday, we're tracing his steps and interests through Houston for ways you can celebrate the 45th president of the United States.

Trump was born on June 14, 1946 in New York, but you don't have to be in the Big Apple to mark the special occasion.

Here are a few connections Trump has made in the Bayou City:

Enjoy a taste of Tuscany in The Woodlands
Trump spoke to a packed house at the Waterway Marriott in The Woodlands, as he worked to rally support for his 2016 presidential campaign.

You can dine just steps from where he spoke at Marriott's Ristorante Tuscany, which offers breakfast, luncheon paninis, cooked-to-order steaks and seafood.

Dive in to Tony's prime ribeye for dinner
Back in March 1989, then-real estate tycoon Trump dined at famed Houston restaurant Tony's on Richmond Avenue, between Weslayan and Edloe. He was joined by other celebrities including former President Richard Nixon, ABC's Barbara Walters, and others to celebrate former Gov. John Connally and First Lady Nellie Connally's birthdays. You'll have to do a belated birthday tribute this year though, since Tony's is closed on Sunday and Monday.

A look back at President Trump and former President Nixon's night in Houston.

A reporter was arrested at a Donald Trump appearance in Houston on Saturday afternoon.

If you are interested in getting started in Houston real estate, you might want to attend one of these meetups for investors. Make sure you check for updated information, since some events are being held virtually or they've been postponed due to the pandemic.


If architecture is your thing, AIA Houston offers a variety of events each month. You can learn more on their website at www.aiahouston.org.