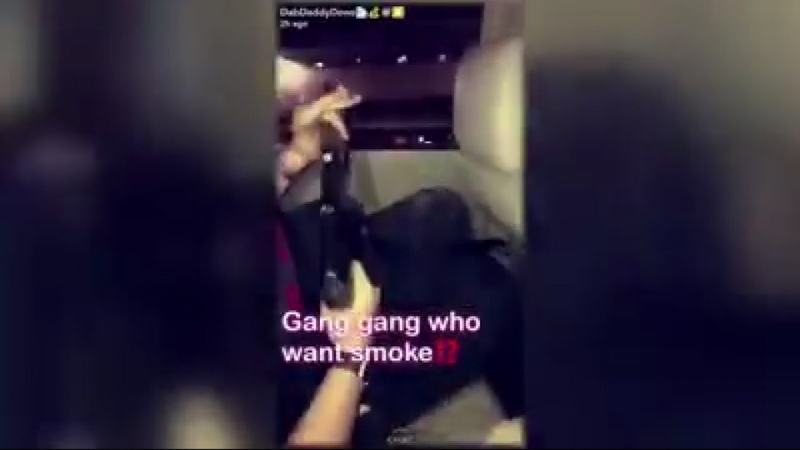 HOUSTON, Texas (KTRK) -- Police are still searching for a man who was seen on a Snapchat video shooting out of a car window, but they now know where it happened.

Houston police say it occurred near the intersection of Huffmeister and Hempstead in northwest Harris County.

Houston police need your help identifying a man seen in a frightening video posted on Snapchat.

HPD has now turned the case over to the Harris County Sheriff's Office because the incident didn't happen in the city of Houston.

In the video, you can see the man firing a semi-automatic weapon from the backseat of the vehicle.

We showed the video to Houston social media expert Kami Huyse, who says videos like these are getting more common.

Police are trying to find the man seen on video firing a gun out of a vehicle's window on Snapchat.

The man in the video has not been identified, but ABC13 found two Instagram accounts that appear to feature the suspect.

When we tried to call a phone number associated with the account, the man on the other end hung up.

Huyse says, what's caught on video is clearly dangerous, and those who recognize the man should call authorities.

"For the general public, we need to be watchful, and if you do see something contact the authorities," Huyse said. "And if see it on your friend's social media channels, don't worry about them hating you for life, report them."

Anyone with information on this incident or on the identity of the suspect is urged to contact the Harris County Sheriff's Office or Crime Stoppers at 713-222-TIPS.

RELATED: Woman gets 5 years in prison for firing guns on Memorial Drive and posting it to Snapchat
EMBED More News Videos

A social media expert said Mason Kirby Gray was trying to show off for friends, but led deputies to him with a Snapchat video.