A look at the spate of recent US police shootings 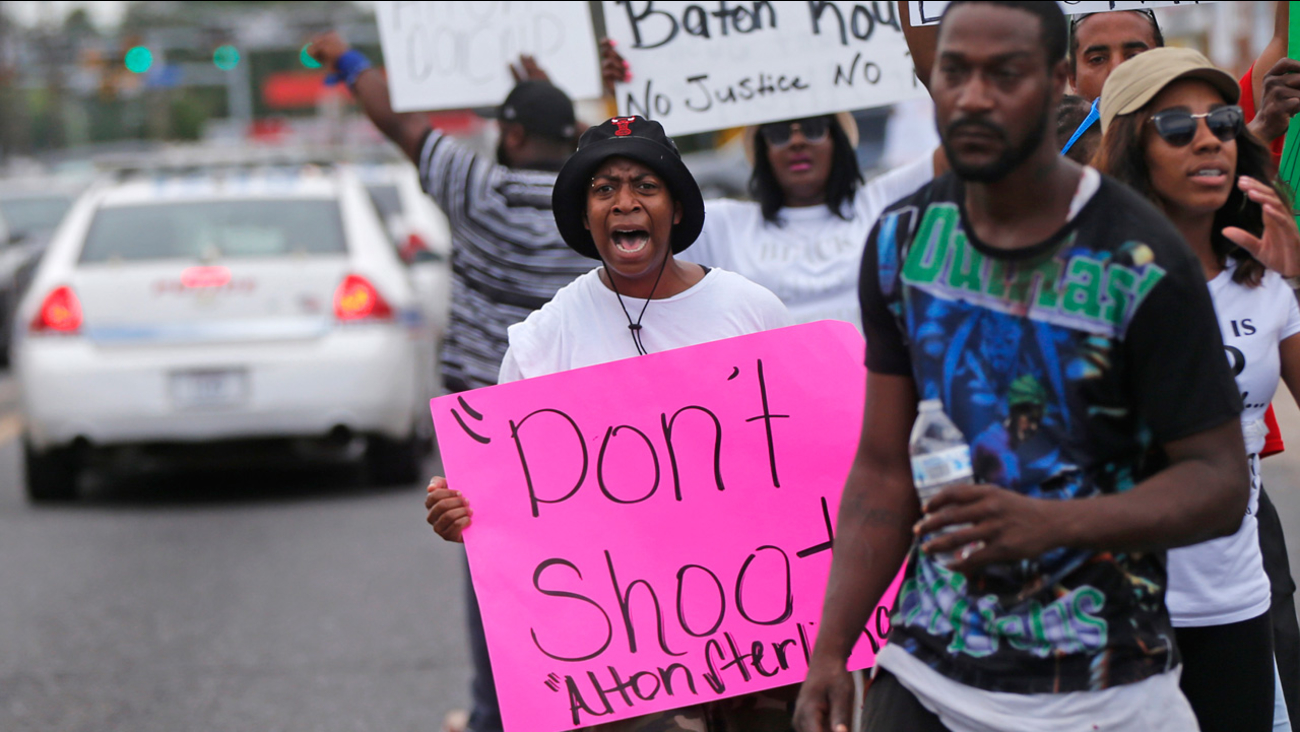 The shooting deaths of two black men within days by law enforcement officers are the latest in a spate of such cases that have made headlines nationwide in recent months.

A Minnesota officer fatally shot a man - identified by relatives as 32-year-old Philando Castile - while he was in a car with a woman and a child in in Falcon Heights, a St. Paul suburb. The aftermath of the Wednesday shooting was purportedly livestreamed in a widely shared Facebook video, which shows a woman in a vehicle with a man whose shirt appears to be soaked in blood telling the camera "police just shot my boyfriend for no apparent reason."

A day earlier, 37-year-old Alton Sterling was shot and killed during a confrontation with two police officers outside a Baton Rouge, Louisiana, convenience store where he was selling music and movies on discs. Cellphone video of the shooting posted online by a community activist set off angry protests.

Montgomery, Alabama, police officer Aaron Smith, who is white, has been charged with murder in the February shooting death of 58-year-old Gregory Gunn. Officer Smith shot Gunn, who was unarmed, in the early hours of Feb. 25, steps from the man's home, according to police.

A North Carolina prosecutor concluded that a white officer acted in self-defense when he shot a black man in Raleigh. Police have said 24-year-old Akiel Denkins pulled out a gun and reached for Officer D.C. Twiddy's weapon before the officer shot and killed him in late February. Twiddy was trying to arrest Denkins after he failed to appear in court on felony charges related to selling cocaine.

Six Baltimore police officers faced charges ranging from misconduct to second-degree murder in the death last April of Freddie Gray. Gray, who was 25 and black, died when his neck was broken in the back of a police transport van. He had been restrained with handcuffs and leg irons, but not a seat belt. The death set off several days of rioting in Baltimore. The involuntary manslaughter trial of the first of those charged, Officer William Porter, ended in December in a hung jury. A judge acquitted two other officers in bench trials.

Michael Slager faces up to 30 years in prison if convicted of murder in the shooting death of Walter Scott, who was shot and killed running from a traffic stop in North Charleston, South Carolina, in April 2015. Scott was unarmed. The shooting was captured on cellphone video by a man passing by and reignited the debate over how blacks are treated by law enforcement officers. Slager, 34, who is white, was fired by the North Charleston Police Department and stands trial in October.

Chicago Police Officer Jason Van Dyke is charged with first-degree murder in the 2014 shooting death of black teenager Laquan McDonald. Van Dyke was charged in November on the same day that the city, on the orders of a judge, released the explosive dash cam video showing the 17-year-old McDonald being shot 16 times. Van Dyke has pleaded not guilty and is free on bond. The video has prompted local and federal investigations of both the shooting and the police department.

Ray Tensing, a former University of Cincinnati police officer, is awaiting an October trial on murder and voluntary manslaughter charges in the fatal shooting of Samuel DuBose, who was unarmed when he was pulled over for a traffic stop. Tensing pulled over DuBose last July near campus for a missing license plate. Tensing's attorney has said the former officer feared being dragged under the car as DuBose, 43, tried to drive away. Tensing, who is white, is free on $1 million bond. DuBose was black.

Peter Liang, a rookie New York City police officer, was convicted Feb. 11 of manslaughter in the death of 28-year-old Akai Gurley. Liang was patrolling a public housing high-rise with his gun drawn in 2014 when he fired and a bullet ricocheted off a wall, hitting Gurley, who was black. Liang, an American of Chinese descent, said he had been holding his weapon safely when a sound jarred him and he accidentally fired. In April, a judge reduced the conviction to negligent homicide and sentenced Liang to five years' probation and 800 hours of community service.

The November shooting death of 24-year-old Jamar Clark sparked weeks of protests in Minneapolis. Authorities say Clark was killed during a struggle with police. The officers, Mark Ringgenberg and Dustin Schwarze, were trying to arrest Clark when he was shot once in the head Nov. 15. He died a day later. A key issue in the investigations was whether Clark was handcuffed when he was shot. The federal and state probes came to the same conclusion: Clark was not.

Los Angeles Police Chief Charlie Beck in January recommended criminal charges be brought against Officer Clifford Proctor, who fatally shot an unarmed black man in the back. The shooting last May of 29-year-old Brendon Glenn in Venice sparked angry protests. It was the first time Beck recommended charges against an officer in a shooting. Investigators concluded that Glenn was on his stomach trying to push himself up when Proctor shot him.

An unarmed black Angelo State University football player was shot and killed during a suspected burglary at an Arlington car dealership last August. Christian Taylor, 19, was shot after Arlington police officer Brad Miller, who is white, was called to the dealership. Miller was fired from the department. Police Chief Will Johnson said Miller pursued Taylor without telling his supervising officer. But a grand jury decided to take no action against the officer. An autopsy determined Taylor likely used a synthetic psychedelic drug and marijuana before the deadly confrontation.
Related topics:
officer involved shootingu.s. & worldinvestigation
Copyright © 2022 by The Associated Press. All Rights Reserved.
U.S. & WORLD
Cause of death revealed for 23-year-old woman found dead after date
Tax filing season starts Monday. What to expect for 2022
Texas among states suing Google over claim it's misleading consumers
Dad charged and fired from job after racist tirade posted on TikTok
TOP STORIES
51-year-old on the run as suspect in corporal's ambush killing
Sergeant was to walk daughter down aisle until his hit-and-run death
Mom shares story of son's 'scary' battle with COVID complications
H-E-B's Scott McClelland retirement and what's next
Drying out but staying cool this week
LULAC set to sue Houston City Council for lack of Hispanic members
New security director aims to improve safety for Jewish organizations
Show More
IRS changes you should know before submitting taxes
Cause of death revealed for 23-year-old woman found dead after date
Texas among states suing Google over claim it's misleading consumers
Man accused of stabbing K-9 in The Heights now charged
'We knew something big exploded': ABC13 recalls moment of Watson blast
More TOP STORIES News