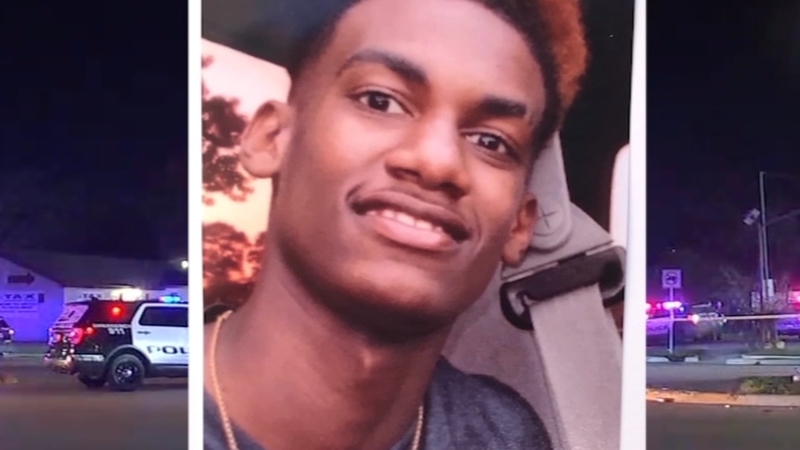 HOUSTON, Texas (KTRK) -- The family of Davion Edison wants the video of his deadly encounter with police released in hopes that it will save someone else's life.

The 19-year-old refused to get out of the car during a traffic stop, according to Pasadena PD, and engaged police in a pursuit. The two passengers in the car that police said had been reported stolen during an aggravated robbery, got out and were arrested without incident.

The chase ended at MLK and Pershing when Edison crashed into a patrol car. Officers said he ran from them after firing a shot in their direction. When they caught up to him, police said he turned around with a gun in hand and two HPD officers and two Pasadena officers opened fire. The 19-year old was pronounced dead on the scene.

"Don't give them an excuse to shoot you and in this video, you will see that this excuse was given," Quanell X said.

Edison's family said the video was hard to watch but answered questions they had been wrestling with for almost six months.

"He was raised right," Williams-Linzer said. "At the end of the day, it has to be taught, because even your right child can make a mistake."

The family asked HPD to make the video public. Their hope is that families will watch it with their sons and daughters and show them that a split second decision can cost your life.

"If anything comes out of the tragic death of Davion Edison, it's that we can use a video to save a life," Quanell X said. "We want young brothers to know, you don't do anything to give them an excuse to terminate your life."

Other families of men killed recently during officer involved shootings have asked HPD not to release the videos. Chief Art Acevedo previously said he wanted to honor the families' wishes.

Houston police said getting the approval of the family to release the video is a critical piece of the puzzle. A spokesperson said they still need to talk with the DA before releasing it. There is also still the concern that if someone is charged in this case, releasing the video could affect a jury pool.