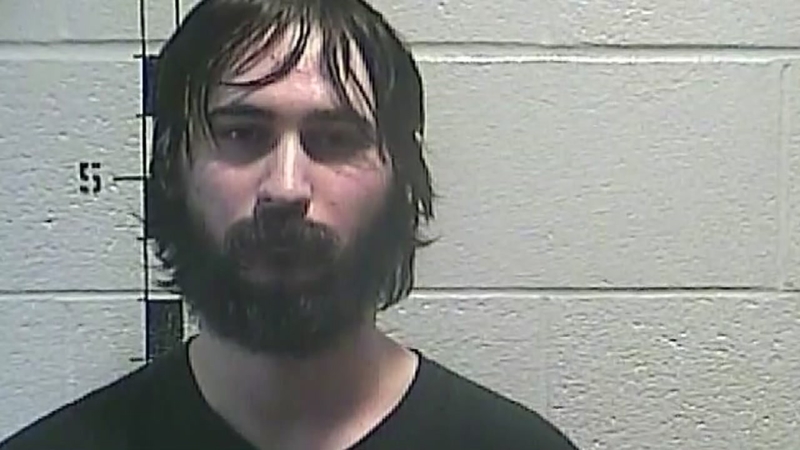 LOUISVILLE, Kentucky -- Kentucky authorities say they believe they saved lives by arresting a heavily armed man who allegedly threatened multiple schools, had a "detailed plan of attack" and was stopped while pulling out of his driveway shortly before the school day ended Thursday.

"There's no doubt in my mind that as a result of this investigation, we saved lives," state police Commissioner Rick Sanders said at a press conference in Frankfort. "This young man had it in his mind to go to schools and create havoc."

He added that Jarrell "was caught backing out of his driveway with the tools he needed to commit this heinous act."

"He had the tools necessary, the intent necessary. And the only thing that stood between him and evil ... is law enforcement," Sanders said.

Evidence suggested Jarrell might have been headed to a school when he was stopped, state police said.

Jarrell was stopped by authorities about 2:30 p.m. Thursday, state police said. That was shortly before students, parents and teachers would have been clustered outside at the end of the school day. Anderson County schools end classes between 2:45 p.m. and 3:05 p.m., local schools Superintendent Sheila Mitchell said.

Officials did not reveal what kind of gun he had.

Mitchell praised the work of law enforcement on Friday, saying in a phone interview: "We're very blessed. I do think their efforts did avoid a disaster."

State police, who worked with local and federal authorities, said they considered it a "credible and imminent threat" against schools in Anderson and neighboring Shelby counties.

In Shelby County, the school system suspended activities at Shelby County High School. The district was on fall break so regular classes were not in session. Both school districts later said after-school activities would go on as planned Friday.

Jarrell formerly attended Shelby County schools, and he had taken classes in Anderson County to obtain his GED diploma, officials in both districts said Friday.

Jarrell had been questioned by the FBI in May over social media threats to a school in Tennessee, Kentucky authorities said.

The investigation by Kentucky authorities began after they received a complaint that the man had sent harassing Facebook messages to a New Jersey woman. During questioning, an FBI agent asked Jarrell about a past school shooting threat in which Jarrell had been a suspect, according to his arrest citation. Jarrell admitted to making the threats and consented to a police examination of his phone, the court record said.

The review found information pertaining to "threats of bodily harm against multiple persons at a school," it said.

A search of Jarrell's home turned up evidence "corroborating the information that a threat was valid and imminent," the citation said. It did not specify which school was threatened.

The search also turned up "an Internet search history on how to successfully conduct a school shooting," Lawson said. Jarrell was the only suspect in the case, he said.

Jarrell was charged with two counts of second-degree terroristic threatening and one count of harassing communications, state police said. He was being held in the Shelby County Detention Center. Jarrell's arraignment was set for Monday in Anderson County District Court in Lawrenceburg. Court records did not list an attorney for Jarrell.