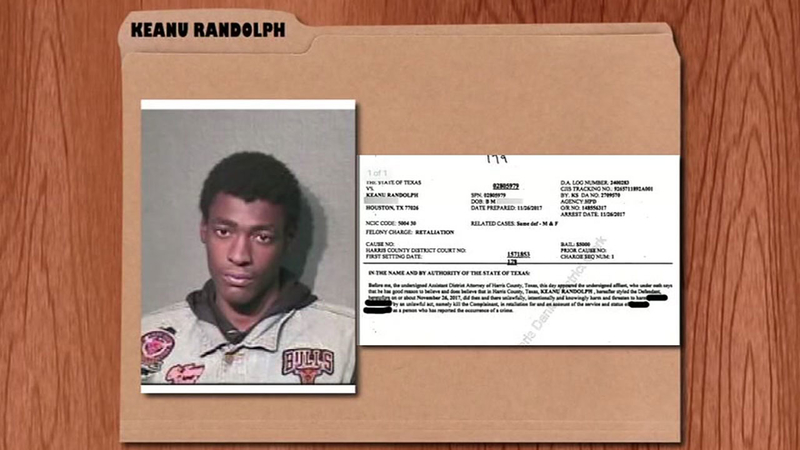 HOUSTON, Texas (KTRK) -- Keanu Randolph, 20, is charged with retaliation, unlawfully carrying a weapon and resisting arrest-- but that may not paint a clear picture of what he's accused of, according to police officials.

"He threatened not only to kill this deacon's 23-month-old daughter, but to rape his wife and kill that deacon all while carrying a loaded firearm," said Houston Police Union president elect Joe Gamaldi.

Gamaldi is speaking out not only because of the serious accusations, but also the bond amount given to Randolph. The amount is $7,000.

Randolph is accused of taking a gun into the church Sunday and threatening parishioners before making disturbing threats to the deacon, Gamaldi said.

"He absolutely could get out at any moment and what bothers me is the proximity he lives from the church," he said.

Randolph only has to come up with 10 percent of the bond. That's just $700 to be released.

That's outrageous to Gamaldi, he said. Especially with the Sutherland Springs shooting just weeks ago.

"When we're coming off the worst mass shooting we've had in the State of Texas at a church ,and we have a suspect who threatens a church, who by the way happens to live around the block from them, and then you give him a $7,000 bond? I mean get with reality," he said.