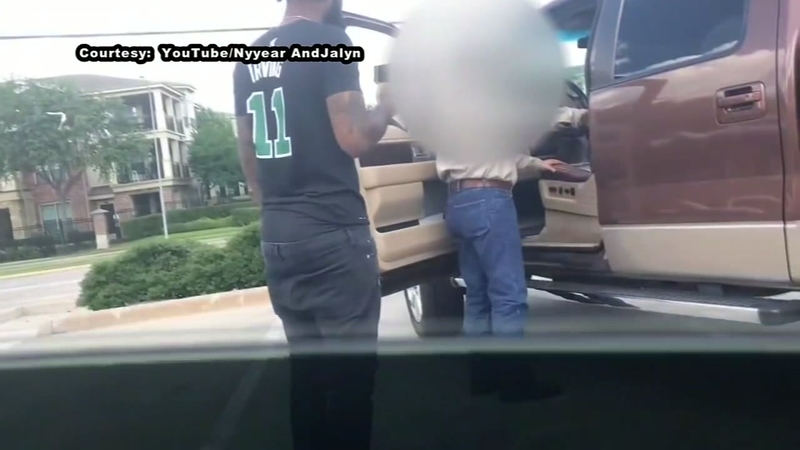 HOUSTON, Texas (KTRK) -- A group of men who posted a video of themselves pulling people over claim it was only a prank, but police aren't laughing.

In the 15-minute video, the group rides around looking for people to target. The vehicle they're driving is equipped with flashing lights, and the suspects even had a police badge.

After pulling people over, the suspects would approach the driver's vehicle.

In some cases, they asked for their licenses, and even told them to put their hands against the vehicle.

The impersonators were in court this morning. They are Devontay Sullivan, Christopher Sails, Nyyear Price, and Justin Denson.

Each suspect faces a felony for impersonating a public servant.

"It's against the law," Houston Police Department Officer Rafael Pantoja said. "It's something that we take very seriously, because we have had situations where someone has impersonated an officer for purposes of committing crimes."

Each one of the suspects posted bond Thursday morning.

Eyewitness News stopped by their home, but were told they weren't around.

Officers said this isn't only against the law, it's dangerous.

"Someone who is impersonating an officer, number one is a crime, but could also be in a very dangerous situation if the person he's pulling the prank on is a wanted felon, or someone who would show aggression toward an officer," Pantoja said.

The four men are due back in court next month. If convicted, each faces up to 10 years behind bars.

Pantoja said if this happens to you, to call police immediately.

If you suspect someone is impersonating an officer, call police and ask for a supervisor to come to the scene.