Investigators say they don't know if he played any role in the home invasion but they do believe he has information regarding the incident.

Police say the suspects attempted to rob the occupants.

The two suspects then engaged in what police call a gun fight with the people inside the apartment.

Cole was shot at least once and collapsed in the street while he and his accomplice attempted to run from the scene.

Cole died at the scene from his gunshot wound.

"He was crying for help, but very faintly," said one neighbor. "He was able to drag himself from the yard to the street and then he succumbed to his wounds."

During the exchange of gunfire, a stray bullet went through a wall into an adjacent apartment unit and hit a 44-year-old man in the shoulder.

Family identified the neighbor as Derrick Frank. They say he is disabled. It appears like he was on the couch when he was shot.

"The only reason they knew he was shot is because he came outside and collapsed and they life flighted him to Hermann," said Derrick Frank's sister, Cynthia Frank.

Frank was flown to Memorial Hermann Hospital, where he underwent surgery. He's now on a ventilator, but is expected to survive.

Anyone with information about this incident is urged to call Baytown Crimestoppers at 281-427-TIPS.

Baytown police say a resident shot two suspects who broke in. One bullet went through a wall and hit an innocent neighbor. #abc13 pic.twitter.com/2qeBYmEnc4

Stay with Eyewitness News for the latest developments on this case. Follow on-scene reporter Pooja Lodhia for live updates. 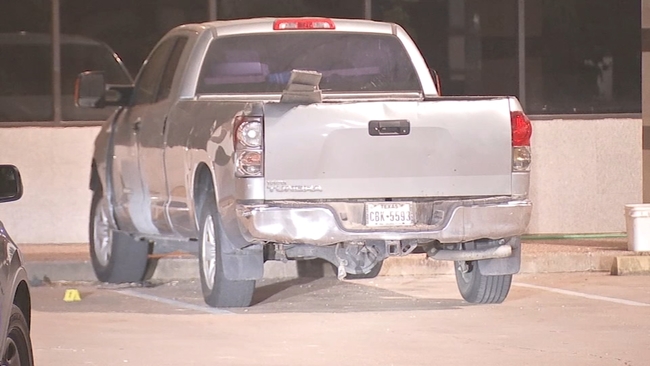 Hostage situation over after 3 officers shot 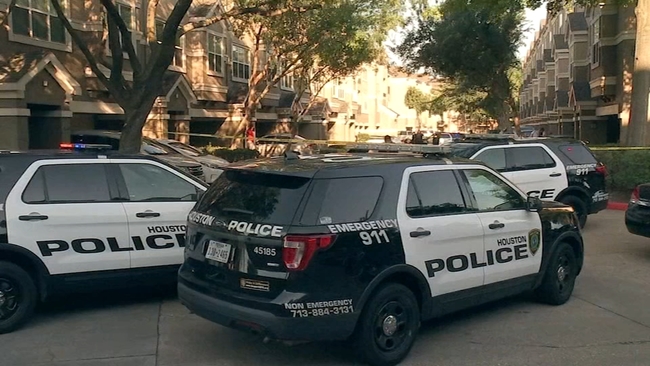