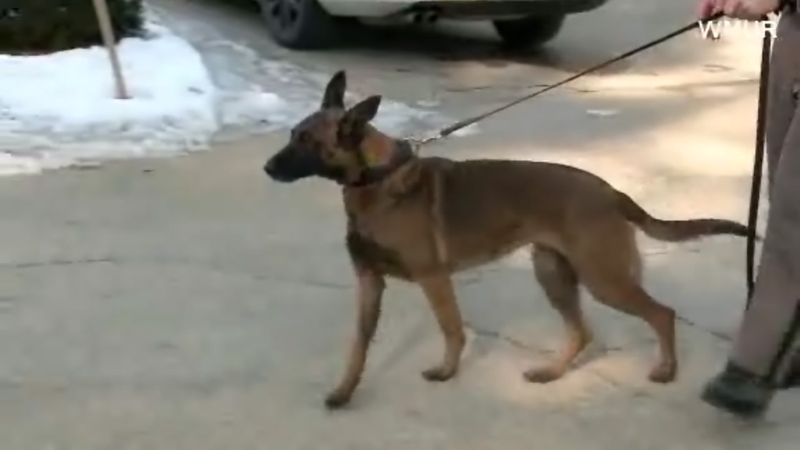 K9 officer recovering after being bitten by suspect

CONCORD, New Hampshire (KTRK) -- A police dog allegedly bitten by a suspect who was hiding from police in New Hampshire has recovered and is back on the job.

The incident happened on Sunday night in Boscawen after a report of a shooting, according to WMUR.

Police said Justin Santagati was hiding in a trailer in the backyard.

"He was secreting himself underneath some clothes and different items in the trailer," state police Sgt. Mark Hall said.

Police tried to get Santagati to surrender several times, but instead, they sent in K9 Veda. The suspect fought with the dog and ended up biting the top of the K9 officer's head.

"He put up a little bit of a fight with the dog, got her in a headlock and bit her on the top of the head during that struggle," Hall said.