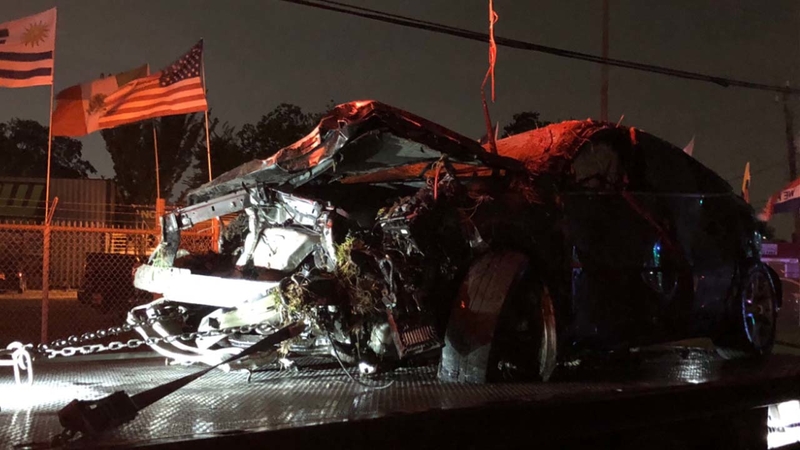 HOUSTON, Texas (KTRK) -- Two separate Houston police chases ended in crashes overnight, with one of them topping 120 miles per hour and killing a suspect.

The chase where the suspect died started in northeast Houston.

Police say there was a possible drive-by shooting, where the suspect fled the scene. Officers found him and followed him for about 30 minutes into South Houston.

During the chase, we're told the suspect hit a bump in the road and went airborne at 120 miles per hour.

He lost control and crashed into two vehicles in a used car lot.

He was ejected from his vehicle and died.

FATAL POLICE CHASE: This is the suspect’s vehicle that was just pulled out of the wreckage where he crashed into a used car lot going 120mph. ⁦@abc13houston⁩ pic.twitter.com/DSarRPfscy

A police unit also crashed into a utility pole. The two officers inside were checked out at the scene. They are OK.

Officials plan to check the suspect's vehicle to see if they find a weapon.

Eyewitness News reporter Foti Kallergis is at the scene where a suspect led police on a chase and crashed.

In southwest Houston, a chase on the Hwy 59 feeder near Bissonnet ended in a rollover crash.

In that incident, the suspect was also ejected, but he ended up in a ditch. He survived.

The SUV came to a rest on a large billboard pole.

Crews are working to restore any power or utilities that may have gone out as a result of the collision.