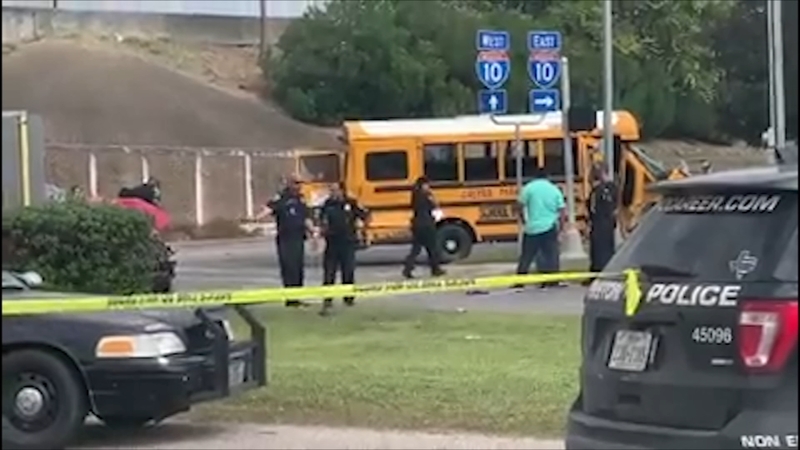 HOUSTON, Texas (KTRK) -- Police say a 15-year-old stole a truck and led police on a chase on Houston's east side.

"Two men were moving furniture into their truck, and they left the keys in the ignition while the car was running. At that time, we had a teenager jump in the car and steal the car," Houston Police Department Assistant Chief Wendy Baimbridge said.

Officers told ABC13 the teen was driving at 70 miles an hour when he ran a red light and crashed into a school bus at the intersection of I-10 and Mercury.

There were no students on the bus from Galena Park ISD, but the driver and attendant were taken to the hospital as a precaution.

The driver of the truck was taken to the hospital in critical condition.

"There's a reason that the driving age is 16. As children mature everything changes," Harris County Chief of Vehicular Crimes sean Teare said.

As for the teen who crashed into the bus, he could face multiple charges.