'It was a mistake on my part': Mother terrified after man steals car with 4-year-old daughter sleeping inside 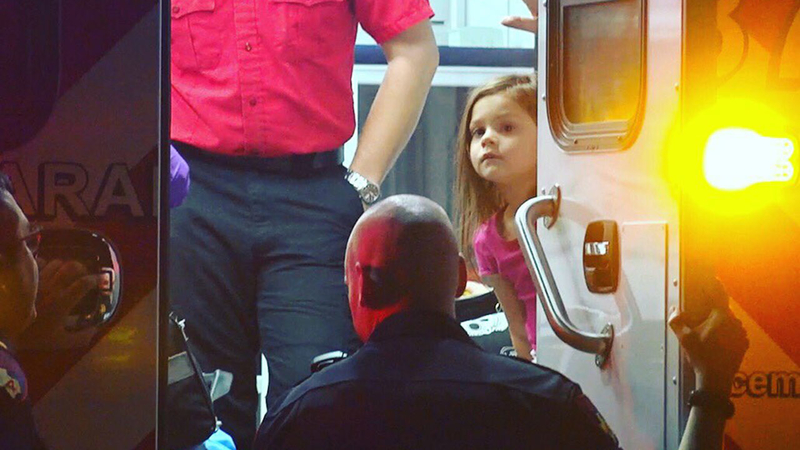 Mother on edge after man steals car with daughter sleeping inside

HOUSTON, Texas (KTRK) -- A 16-year-old is facing charges for stealing a car with a 4-year-old in the back seat, leading deputies on a chase in northeast Harris County.

Lillyan Maxwell, 4, was reunited with her mother about 20 minutes after the car was stolen.

"No words can describe the love you have for your child. I never thought that something like this would happen," said Kristen Dowell, Lillyan's mother.

Dowell said she parked her black Chrysler by the Redbox at the Circle K around 11 p.m. Sunday. The gas station convenience store is located on the corner of Treaschwig Road and Cypresswood Drive.

Dowell said she got out of the car to pick out a DVD and left her daughter sleeping in the backseat, keys in the ignition.

"It was a split second, a split second. Literally, my back was turned three minutes. I turned around and she was gone," Dowell said. "I made a mistake."

Dowell says she stayed by the Redbox. But the clerk says Dowell came into the store.

"When she walked out, I heard her screaming. I thought something happened to her. She said her kid got stolen with the car," Circle K clerk Jessy Rodriguez said.

Deputies spotted Dowell's car on the road and a chase began. At one point, speeds reached 120 miles per hour. The pursuit lasted for about 15-20 minutes.

Pct. 4 deputy constables found the vehicle abandoned in the 4500 block of Monteith Drive with the girl. She was unharmed.

"Luckily, my daughter was asleep for a lot of it. She told me she woke up and Mommy was not driving," Dowell said.

Deputies obtained surveillance video from a McDonald's where the teen was before stealing the car.

He was arrested and will be charged with kidnapping and theft of a motor vehicle.
Report a correction or typo
Related topics:
harris countytheftpolice chase
Copyright © 2022 KTRK-TV. All Rights Reserved.
TOP STORIES
Man dead after being shot during road rage incident, HCSO says
Murder suspect dead after found unresponsive in cell, sheriff says
Child hospitalized after found 'unresponsive' at Splashtown
Your chance of rain is going up this weekend
Global K-pop sensation Seventeen kicks it in Houston in new tour
Authorities search ends for man with felony warrant out for his arrest
Weather for Preakness could be hottest in history of race
Show More
'NFTs: Enter the Metaverse' | Trailer
Driver shot during attempted robbery on Gulf Freeway feeder, HPD say
Suspect in intersection takeover arrested after 55-mile chase
First formula flights from Europe to arrive this weekend
Coast Guard suspends search for Houston woman off Alaska coast
More TOP STORIES News