Man with cast on his leg jumps from bridge during police chase: HPD 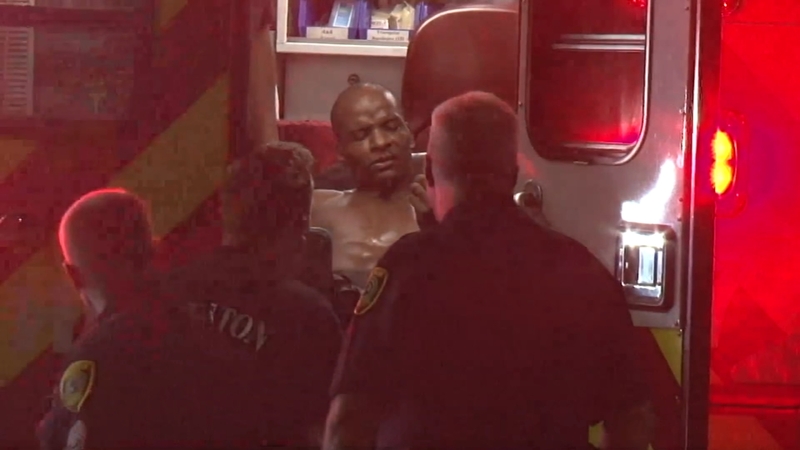 HOUSTON, Texas (KTRK) -- A man who jumped more than 15 feet from an overpass onto Highway 59 was arrested after being chased by police.

It happened just after midnight near downtown. The man crashed his white Mercury into the bridge rail at the Leeland and Hamilton overpass.

Police initially tried to stop the driver near the Eastex Freeway and North Loop for a traffic violation. HPD did not say what that violation was. He did not pull over and instead led officers on a chase through and around downtown.

When the man lost control and crashed his car, police say he tried to run. His left leg was broken, already in a cast, so he didn't get very far.

The man was taken to the hospital where he'll be tested for intoxication.

Houston police tweeted the suspect was on parole, as well as wanted for burglary. Officers say they found a pistol in his car along with open beer bottles. He's facing several charges, including evading police and a felon in possession of a handgun.

An HPD officer got into a minor accident during the chase but was not hurt.