Woman in Volvo arrested after high-speed chase in north Houston 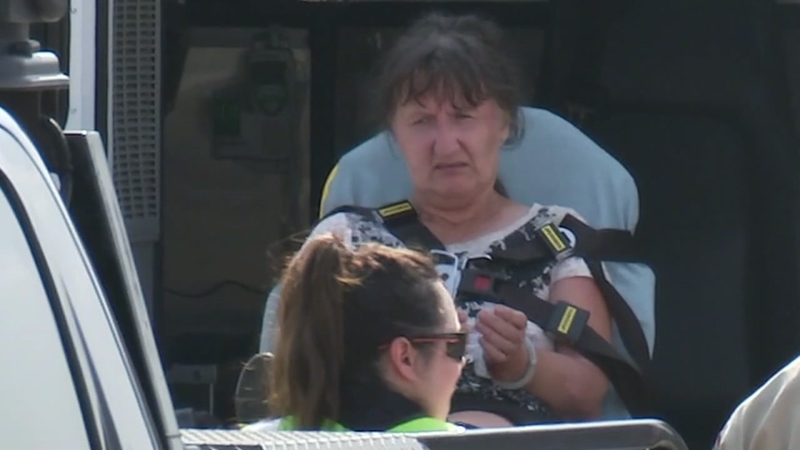 HOUSTON, Texas (KTRK) -- A woman who led law enforcement on a wild two-county chase in her Volvo is facing multiple charges.

Alicja Kaszubski, 58, of Orlando, Florida, was arrested in north Houston on Friday afternoon after refusing to stop for deputies in Chambers County.

The chase lasted over an hour, ending in the parking lot of a U-Haul business off the Eastex Freeway in Harris County.

Authorities say Kaszubski appeared to be under the influence, but acknowledged she might also suffer from mental health issues.

"They're going to kill me! They want to kill me!" the suspect could be heard screaming after four officers pulled her out of her vehicle.

At times, Chambers County deputies say Kaszubski was traveling at 15 miles per hour in the fast lane.

Reporter Marla Carter was there when a woman started driving the wrong way down the Eastex Freeway feeder road during a wild chase.

The chase was brought to an end after deputies deployed spike strips on Highway 59, puncturing all the tires on her vehicle.

After that, she pulled over and a trooper approached her vehicle. That's when she swerved at him and he raised his gun. For that, she's charged with aggravated assault on a peace officer with a deadly weapon.

In a last ditch effort to get away, Kaszubski went the wrong way down the Eastex Freeway feeder road, even using her turn signals, before being blocked in by multiple law enforcement vehicles in a store parking lot.

A bystander, who was putting up a large tent in this parking lot, said he was forced to jump out of the way when the woman's car came barreling toward him at a high rate of speed.

WATCH: Trooper attempts to get into woman's car on Hwy 59

He said it took four officers to get the woman out of her vehicle. Once out of the car, a deputy placed a blanket around her.

Witnesses described the woman as appearing impaired and acting in a belligerent manner. In fact, the Chamber's County Sheriff says she slapped a trooper, which marks her second assault charge against an officer.

Kaszubski has also been charged with evading.