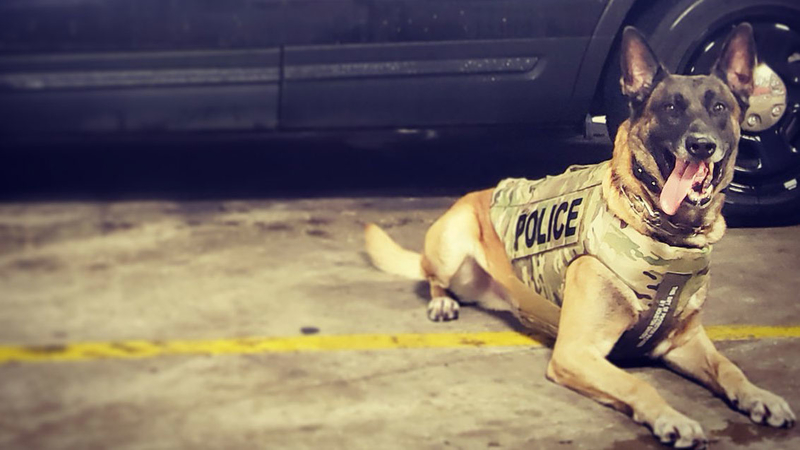 HOUSTON, Texas (KTRK) -- A Houston police K9 was injured during the search for at least three burglary suspects who allegedly broke into a cell phone store.

Police said the suspects led officers on a chase from the Verizon cell phone store on North Shepherd.

The suspects' vehicle got stuck trying to get over some railroad tracks, so they took off on foot near the 2000 block of Lorraine Street.

Two Houston police units collided at the end of the chase. The officers complained of minor back pain but were not seriously hurt.

During the search, HPD K9 known as T-Rex was injured and rushed to a veterinarian for surgery. Police said the dog was trying to jump over a fence and snagged the lower part of his stomach on a wire.

Police said they recovered several stolen cell phones in the vehicle. One of the suspects was found hiding on the roof of a house.

The suspect finally surrendered after about 30 to 45 minutes.

T-Rex is expected to make a full recovery.

Police said the K9 was on his last day on patrol because he has bone cancer in his back leg and will be undergoing treatment for that. He will remain with the Houston Police Department, but he will no longer be part of the canine patrol.