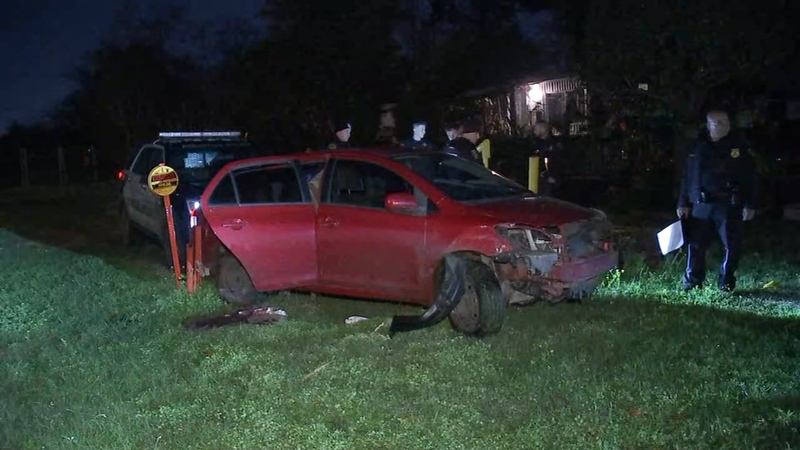 Houston Police said an officer spotted the suspect vehicle speeding in the 9000 block of Sweetwater around 12:45 a.m. Saturday.

When the car would not pull over, the chase began.

"During the middle of the chase, the vehicle actually fell in a ditch and the driver continued attempting to flee from the police, actually backed into a police car," HPD Commander Ben Tien said.

The pursuit lasted about 10 minutes and ended on Cora Street in the Acres Homes area.

Houston police say the driver crashed through a fence, causing quite a bit of damage to the front of the car.

The Harris County Sheriff's Office was called out to the scene when authorities realized the five occupants of the car matched the description of robbery suspects they were searching for.

It's unclear what robbery the five juveniles are linked to.

No one was injured in the chase, including the officer whose car was hit.