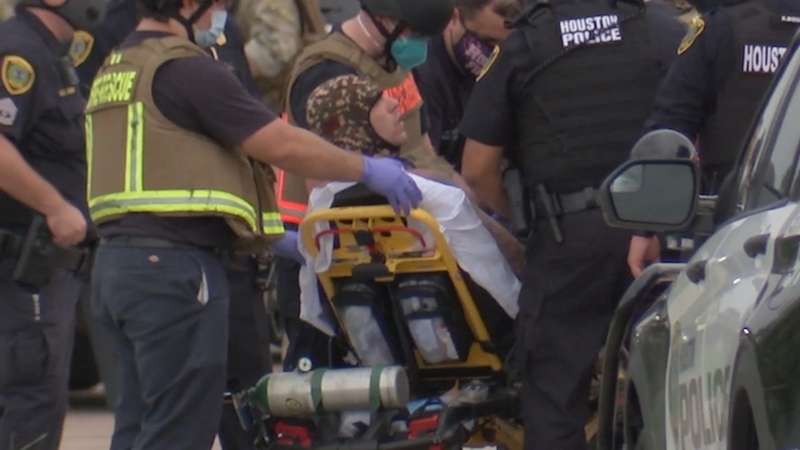 HOUSTON, Texas (KTRK) -- A Houston police chase in the Braeswood area turned into a two-hour standoff, before police arrested a robbery suspect without incident.

Officers surrounded the suspect in a white minivan that crashed in the 4400 block of North Braeswood, near Greenwillow Street and not too far from the West 610 Loop.

According to police, the confrontation began after an attempt to pull over the vehicle in the 10800 block of Old Main Street at around 3:15 p.m.

Police say the vehicle was listed as stolen and the suspect driving the vehicle was wanted for a carjacking in Clear Lake, in which a 77-year-old woman was thrown to the ground.

Officers fired gas into the car to flush the suspect out. He was arrested and taken to the hospital as a precaution.