KTRK
HOUSTON, Texas (KTRK) -- A lengthy police pursuit ended with a crash near the Heights Tuesday afternoon. When it was all over, authorities took a man into custody who had been on the run for nearly a week.

Just after 3 p.m., Harris County deputies were pursuing a suspect vehicle in the vicinity of I-45 and West Mount Houston Road.

DPS troopers joined in, and the chase lasted about 20 minutes with the suspect, at one point, driving in the direction of oncoming traffic.

Eventually the chase ended with a crash near the intersection of North Shepherd and W. 43rd.

That's when authorities arrested Tyler Goodson. The 28-year-old was wanted after he reportedly tried to run over a deputy during a traffic stop in Montgomery County last week.

Rebecca Orange, 29, was arrested during the original incident.

Press play to watch video of deputies taking one of the suspects, 29-year-old Rebecca Orange, into custody. 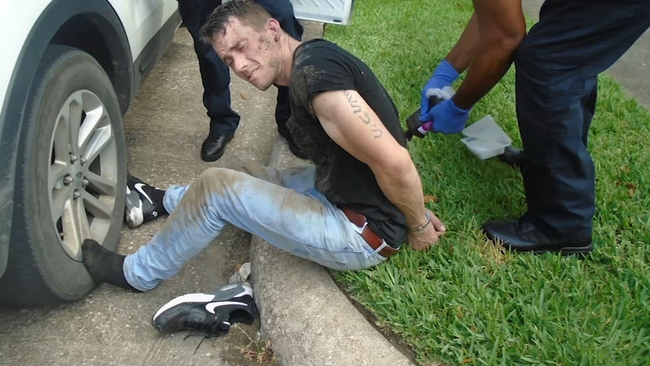