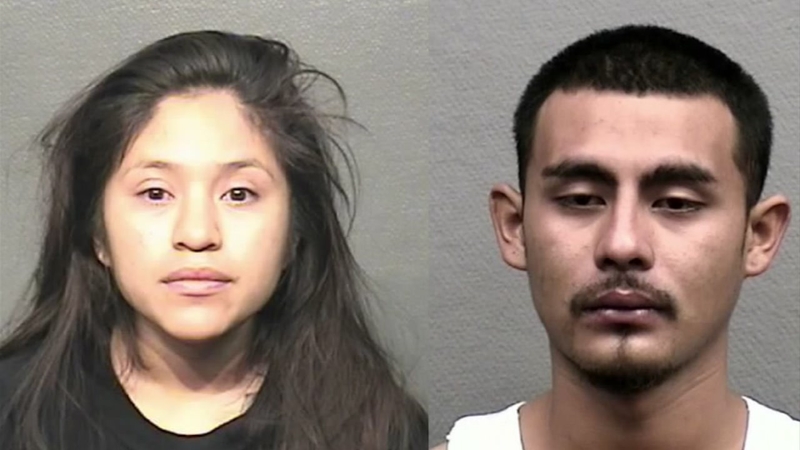 Two arrested found passed out with kids in the back seat

HOUSTON (KTRK) -- Two people are facing charges after Houston police said they were found passed out and partially unclothed while their two daughters were in the back seat.

Dickison San Juan, 22, and Jessica Bello, 20, face charges after they were found around 11:20pm Tuesday night in the 2000 block of Parana Dr. in west Houston, police said.

The two were passed out and partially unclothed in a running car while their two daughters, ages 1 and 2, were sitting in the back seat.

When officers approached the pair, they say they saw San Juan unconscious in the driver's seat. Bello was slumped over on the driver, also unconscious.