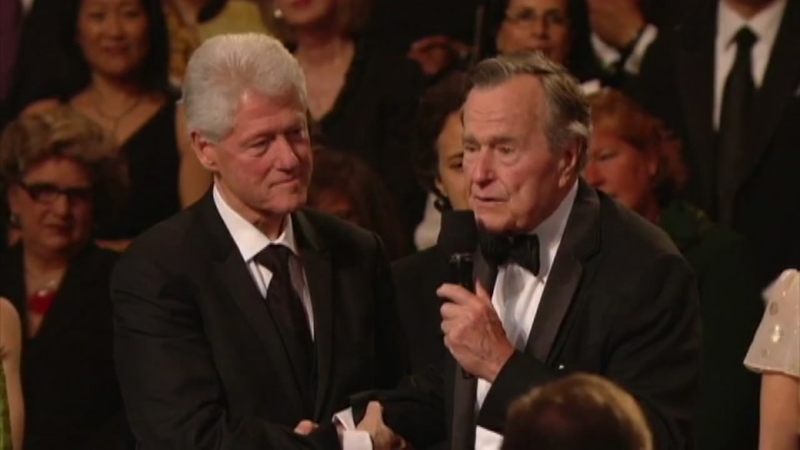 One of President Bush's lasting legacies is the Points of Light Foundation, which honors those who serve others.

Seven and a half years ago at the Kennedy Center, there was a star-studded affair. All four living former presidents were in attendance, and a host of celebrities, all of whom were there for one man.

Singer Carrie Underwood told Eyewitness News, "It's an amazing thing to be a part of this and hopefully people will be inspired."

"My dad is our leader," he said. "He's our inspiration. He's the greatest man I've ever met in my life."

The two-hour event calls for Americans to think outside of themselves and give. It was a lifelong calling for both the former president and his wife, Barbara, that began long before they moved to Washington.

"Mom and dad had been an inspiration, not just to our family, but to the nation by the way they've lived their lives," said son Neil Bush.

And in the true spirit of putting others first and forming bonds with unlikely allies, as the 41st president, then 86 years old, struggled to stand, the man who beat him for the presidency in 1992 and would later become a fast friend, President Bill Clinton, helped him to his feet and gave him balance.