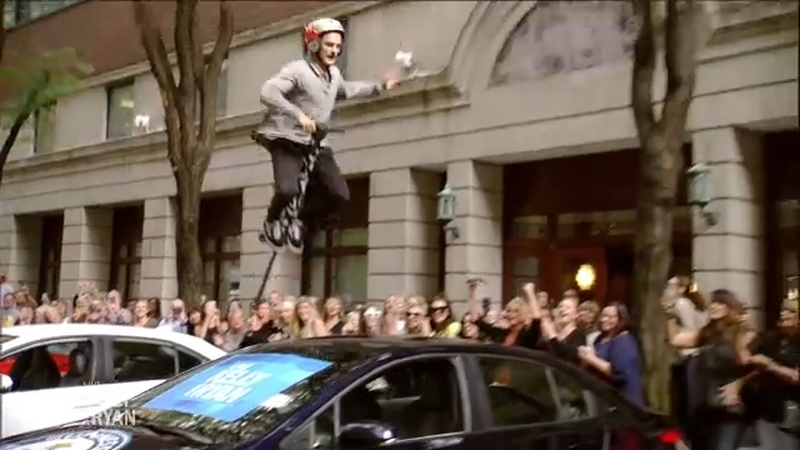 NEW YORK -- They've done it again -- "Live with Kelly and Ryan" is once again in the world record books.

Pogo stick athlete Dalton Smith jumped over four cars outside the studio during Monday's show, earning him the record for the most consecutive cars jumped over on a pogo stick.

He had to bounce once in between each car to set the new Guinness world record and even broke his own previous record set in 2017.

The feat marked the beginning of a week filled with Guinness world record attempts on "Live," including an attempt to dance into the record books by surpassing the mark for most ballet dancers en pointe simultaneously.