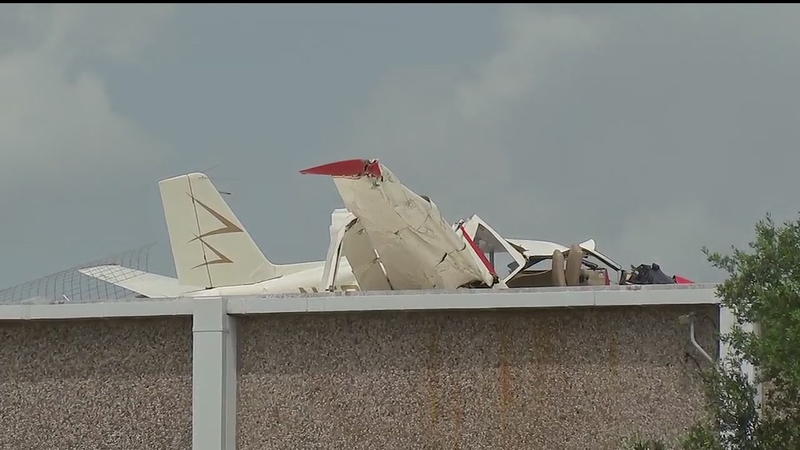 HOUSTON (KTRK) -- A single-engine Piper PA-24 plane traveling from St. Louis to Houston made a forced landing on the roof of a distribution center about five miles northwest of Houston Hobby airport around 11:45 p.m. Sunday.

According to air traffic controllers, the aircraft disappeared from radar after the pilot reported a loss of engine power.

It was located an hour later on the roof of the Macy's Distribution Center on the 2000 block of Ernstine Street off the Gulf Freeway.

The pilot survived the landing and is "alert and conscious." Nobody else was aboard the plane.